Derek Chauvin is a free man … at least temporarily.

The ex-cop charged with murdering George Floyd posted bond Wednesday, a move that’s sure to outrage the city of Minneapolis and segments of the rest of the country. See his release document HERE.

Chauvin’s bond was set at $1.25 million for allegedly killing Floyd with a knee to the neck while Floyd pleaded for his life in the case that sent shockwaves across the country and led to widespread protests that continue to this day.

Details of his release have not been made public, but after WCCO obtained his notice of release local media outlets are reporting that he already left prison. He was being held in Oak Park Heights.

Floyd was in court a month ago on tax evasion charges filed in July—two months after he was caught on video kneeling on Floyd’s neck. Chauvin and his estranged wife Kellie Chauvin were charged with nine felony counts relating to false, fraudulent and missing tax returns. 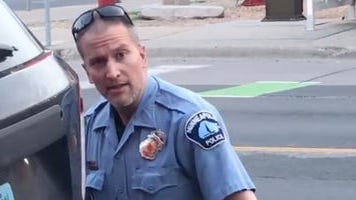 They were charged with six counts of aiding and abetting taxes or filing fraudulent returns starting in 2014, and three counts of failing to file returns from 2016 to 2018.

Chauvin's trial is expected to begin in March 2021.