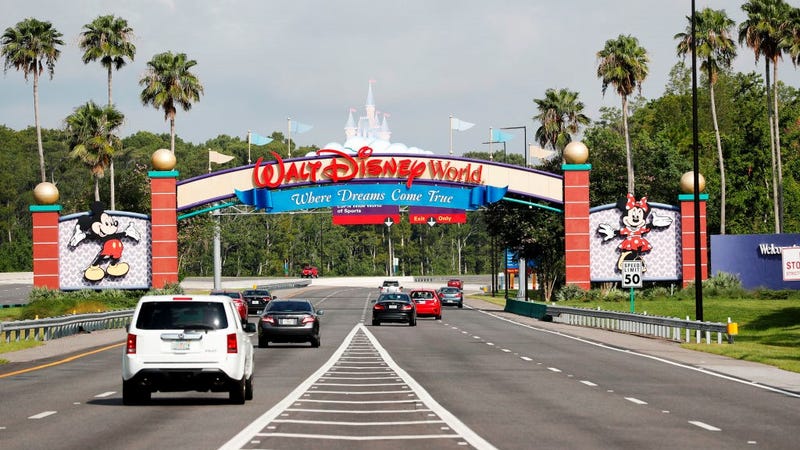 During an earnings call on Wednesday, Walt Disney Co. executives announced that its theme park revenues doubled during January to April 2 from about $3.2 billion at that time last year to more than $6.6 billion, according to the Orlando Sentinel.

The announcement of the parks division's large increase in revenue comes while the company and Florida Gov. Ron DeSantis have been going at each other over criticism of the state's "Parental Rights in Education" bill, also referred to as the "Don't Say Gay" bill.

Parks began to open up last year with some capacity restrictions following the COVID-19 pandemic, although, Disneyland and Disneyland Paris both remained closed during the 2021 second quarter.

The parks division lost $400 million during the 2021 second quarter, but since bouncing back over the last year, its operating income rose to $1.8 billion.

Disney CEO Bob Chapek said that the domestic theme parks have been very strong so far in 2022, as many people are looking to take vacations again and get back to the parks.

"Our domestic parks were a standout," Chapek said, according to Theme Park Insider. "They continue to fire on all cylinders, powered by strong demand coupled with customized and personalized guest experience enhancements that grew per capita spending by more than 40% versus 2019."

While attendance numbers for the parks were not mentioned on the earnings call, Disney CFO Christine McCarthy said the demand has been even higher than before the pandemic.

"We continue to be pleased with the overall demand and attendance trends at our domestic parks," McCarthy said. "In fact, there were many days in the quarter where we saw demand exceed 2019 levels. However, we are continuing to control attendance through our reservation system with an eye on delivering equality guest experience.

Chapek went on to credit new experiences at the theme park, including a "Star Wars" hotel that has created a huge demand.

"The response to next-generation storytelling like Star Wars Galactic Starcruiser has been phenomenal," Chapek said. "In fact, guest ratings for this immersive experience, which opened March 1, are incredibly high and in line with our best-in-class offerings. Demand is strong, and we expect 100% utilization through the end of Q3."

The Disney executives believe that this growth will continue through the third quarter at their domestic parks, and hope that their attendance at international parks can begin to pick again soon.

"Looking ahead to the third quarter, our forward looking demand pipeline at both Walt Disney World and Disneyland remains robust," McCarthy said. "And while attendance from international visitation is still in the early days of recovery, we are beginning to see some improvements."