Walt Disney World is steadily preparing for the magical day when it can reopen its park gates again.

The “happiest place on Earth” has been closed indefinitely due to the coronavirus pandemic since early March.

A task force referred to as the Orlando County Economic Recovery Task Force, made up of appointed officials, met up virtually on Tuesday to develop a preliminary set of guidelines that will be implemented when the parks eventually get the green-light to resume operations.

According to the report posted by Variety, the park will begin allowing visitors back in two phases.

The other guidelines seem to adopt best practices used by grocery stores and essential businesses since the pandemic began spreading.

Tape markers will encourage social distancing of six feet for park-goers waiting in line for rides.

Staff will be required to wear face masks and manage the cleanliness of the park by regularly wiping down surfaces and railings used by park-goers.

How to Make Your Favorite Disneyland Treats at Home

Prior to starting their shifts, employees will have their temperatures taken. Anyone who has above 100.4 degrees will be sent home.

To ensure everyone's safety, touch-less hand sanitizing stations will be added to every ride’s entrance and exit, ticketing area, and turnstile.

Since the pandemic is so unpredictable, it’s hard to establish a time frame for re-opening.

Last week, financial analysts from UBS for Disneyland in California and Walt Disney World in Florida revealed that they expect the park to remain closed for the rest of the year. 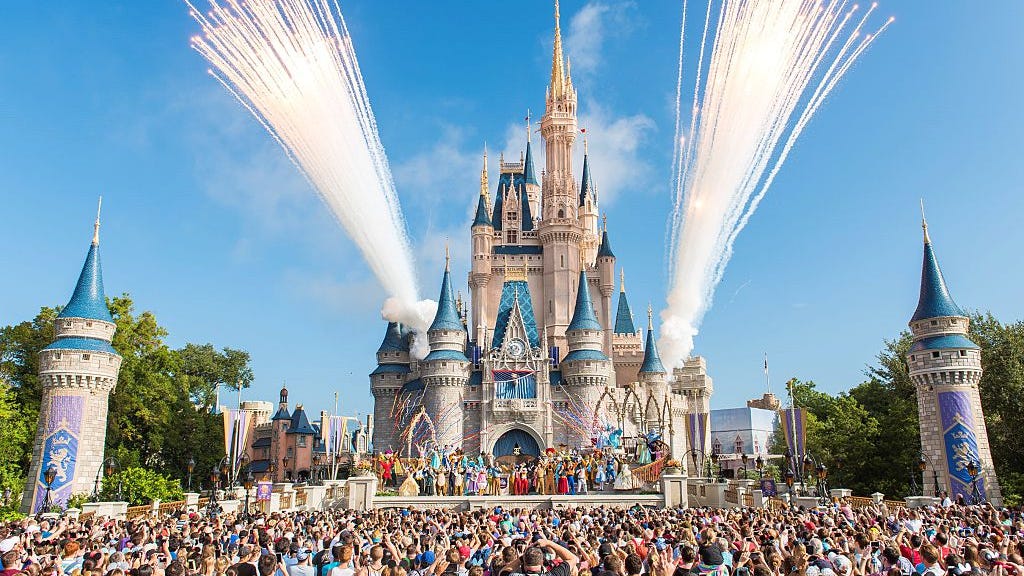 Since then, UBS analyst John Hodulik said he expects parks to reopen on January 1, 2021 following the 50% capacity guidelines for six months, followed by 75% capacity for the remaining six months of 2021.

The guidelines listed above also apply to Universal Studios in Orlando.

Despite the absence of tourists and visitors, many activities are continuing along inside the theme parks’ gates.

With the parks filled with wildlife, Disney’s Animal Care team continues to look after more than 2000 animals.

Disney has also been releasing recipes to some of their most popular park foods like Dole Whip, chili, and churros, so that fans can recreate the experience at home.