The Walt Disney Company is closing down its theme parks in Anaheim, California and Orlando, Florida next week due to the quickly spreading coronavirus.

Disneyland will close on March 14 through the end of the month.

According to Wall Street Journal reporter Joe Flint, Disney World will shut down beginning on Sunday, March 15th, through the end of the month. The Disneyland Paris Resort will also close on that day.

In addition, the company is docking its Disney Cruise Line from any further departures beginning on March 14th until the end of the month.

The Disneyland news was revealed on Thursday afternoon from a company spokesperson, reports Deadline.

“While there have been no reported cases of COVID-19 at Disneyland Resort, after carefully reviewing the guidelines of the Governor of California’s executive order and in the best interest of our guests and employees, we are proceeding with the closure of Disneyland Park and Disney California Adventure, beginning the morning of March 14 through the end of the month,” a spokesperson for the company said Thursday.

The Hotels of Disneyland Resort will remain open until Monday, March 16, granting current guests time to plan for alternative arrangements. 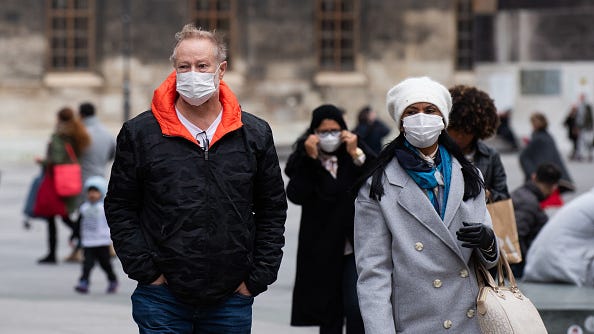 Will Warm Weather Make Coronavirus Go Away By Summer?

The company said that they will work in accordance with state and federal health and safety guidelines.

Cast members will be continued to be paid.

The company will also coordinate with guests who wish to cancel or reschedule reservations, and issue refunds to those who have bookings during the upcoming closed period.