A new study has shown that dogs can go through a period much like puberty, which can lead to a sense of moodiness in your pup.

A group of UK universities found that dogs go through a "teenage" phase when they reach puberty. Looking at 69 dogs, they found that pups in the 8-month-old range often took longer to perform basic commands like "sit" - even if they previously knew how to do them.

A survey of 285 dog owners also showed that dogs in this age range were quick to ignore basic commands and be harder to train.

"What we found is evidence that dogs do show a period of reduced obedience towards their owners and this is specific to their owners not to other people," zoologist Dr. Naomi Harvey told BBC Newsbeat.

That is to say that many dogs were found to be disobedient to owners but acted with more grace when strangers were around.

"It is associated with all of the issues going on inside the dog during puberty," Harvey added. "The hormonal fluctuations and the remodeling of the brain to become an adult brain cause a lot of issues." 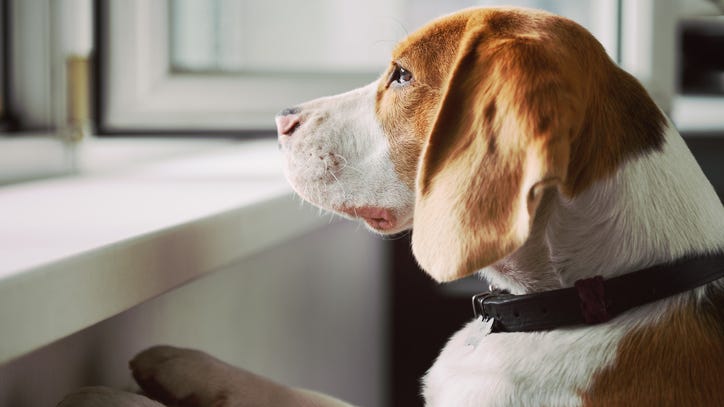 Dogs May Face Separation Anxiety Once Coronavirus Lockdown Is Over, Experts Say

However, dog owners are encouraged not to give up, as the "teenage" dogs will likely grow out of this phase after adolescence.

The trick, according to Dr. Lucy Asher, an animal behavior scientist, is to use positive reinforcement methods during this time rather than punishments for bad behavior.

"We would suggest people remain consistent and use rewards rather than punishing their dog," she said. "It's important to remember it's not the dog deliberately behaving badly - it's just their biology."