A day after calling Fauci a “disaster,” and saying that the American people are getting tired of the infectious disease expert, the president said he gets along with the doctor, but complained that he's not a "team player."

When asked about the tensions with the president, Fauci said, "I developed the capability over the many years that I've been doing this to really focus like a laser on what you really need to do and right now I'm focusing on the virus."

Fauci said the virus is the enemy and his attention is now on getting vaccines and therapies out.

"So when things like that come up, quite frankly, it's a distraction," Fauci said. "I don't pay much attention to it and I go ahead and do the job that I'm supposed to be doing, safeguarding the health, the safety and the welfare of the American people, including all of my loved ones in New York." 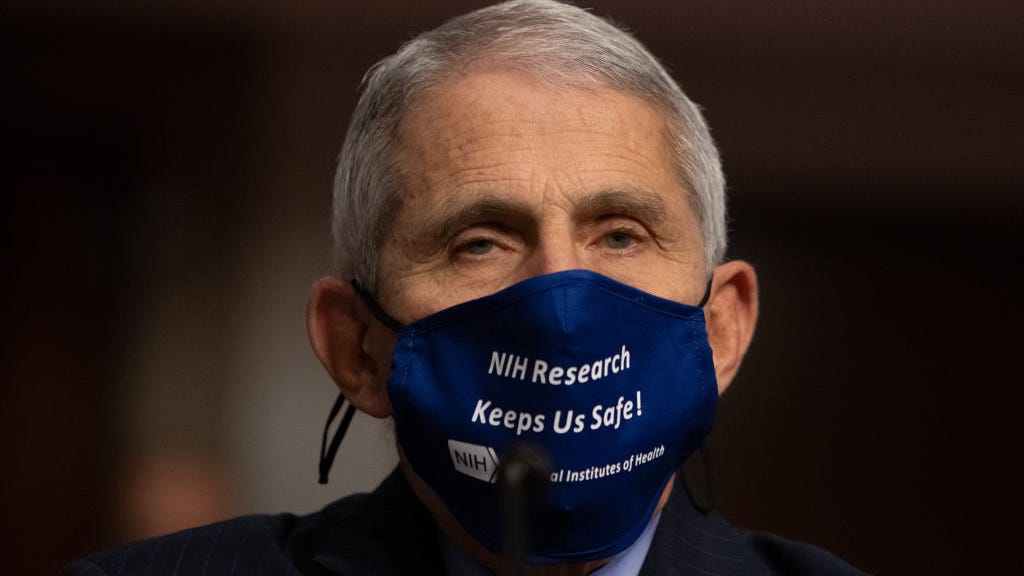 Fauci, the director of the National Institute of Allergy and Infectious Diseases and member of the White House coronavirus task force, acknowledged that with the colder weather approaching, states are likely going to see more and more cases of the virus.

Currently, 38 states are seeing upticks or spikes in COVID-19 cases, with Wisconsin being hit especially hard. Fauci says the situation is only going to worsen as the cold weather moves in and people move back inside, and that's cause for worry.

“As we enter the cooler months, which we're in right now of the fall, and ultimately the colder months of the winter, we're going to, out of necessity, be doing more things indoor than outdoor,” Fauci said. “When you're dealing with a respiratory infection, with this degree of efficiency of spread, being indoors when you have a large community spread already going on is really a recipe for getting into trouble and that's what's concerning me right now.”

New York State has also seen a number of COVID-19 clusters as the colder weather approaches.

To combat the spread from getting any worse, Gov. Andrew Cuomo and state health officials identified specific communities where the virus was taking hold and color coded them so that the state could shutdown businesses and schools in certain areas where the virus seemed to be spreading.

In New York City, cluster zones were identified in Brooklyn and Queens and non-essential businesses, schools and other industries were closed to the public and mask mandates were issued in those communities.

Dr. Fauci says he thinks the zoned shutdowns could be a good way to ensure cases remain low without halting the state’s entire economy.

“If you look at the boroughs and see that in certain areas you have the upticks that appear to be somewhat confined there, if you can do that selectively, and it works, that could be the model, but it remains to be seen how well it's going to work and what the durability or the efficacy is going to be,” Dr. Fauci said. “But it certainly is a reasonable approach to take because nobody wants to shut everything down again. I mean there's such a pushback against that, understandably, not only the fatigue that we have about that but the impact on the economy and the things that are really indirectly related to the outbreak. So I think it's a reasonably good idea to take that approach.”

But the doctor did caution that it is still too early to tell.

While schools in those zones have closed to keep cases low, overall, it appears that New York City schools are doing well in terms of controlling the spread of the virus.

Fauci says that while he has his “fingers crossed” watching the numbers in the city school system, he says it appears that the hybrid learning model is working to prevent students and staff from getting sick.