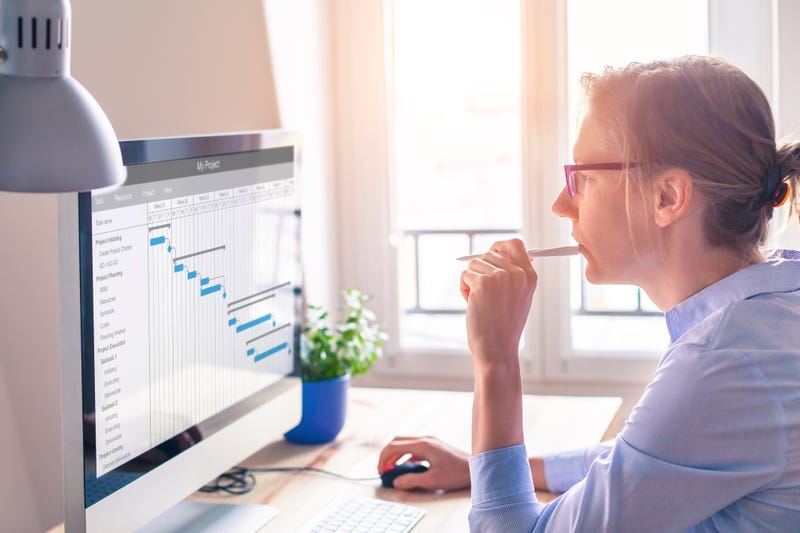 How would you feel if your boss could show up inside your home at any time, unannounced?

As the Delta variant spreads and working remote has become more of a somewhat permanent reality for many, some employees have been dealing with just that.

David, a man who spoke with The Washington Post on the condition that his last name remain anonymous, suddenly heard his boss speaking to him through his headset one day while working from home.

“[I felt] paralyzed,” David said. “Like I couldn’t say anything without potential repercussions.”

David was a customer service agent for a financial tech company in Utah when the pandemic started and he was sent to work from home.
The sudden intrusion came when his company switched software used on employees’ work-issued computers.

Within a month the switch, David quit his job. He thought it was too weird that the company could hear and see him when he was at home with his wife and children.

According to The Washington Post, employee monitoring software has been adopted my more companies than ever amid the pandemic. The number of large employers using tools to track their workers doubled since the beginning of the pandemic to 60 percent, according to market research firm Gartner. That number is expected to rise to 70 percent within the next three years, said Brian Kropp, Gartner’s chief of human resources research.

Nearly 80% of employers utilize some kind of #employeemonitoringsoftware, creating new data streams for evaluating #employeeperformance. Get the #entrepreneur’s guide to year-end #employeeevaluations from #Forbes and team #Teramind: https://t.co/FFthhLarnu

Software provider Teramind said its number of customers has increased by three to four times during the pandemic and Hubstaff, another employee tracker that monitors keystrokes and takes screenshots, said its customers have increased by 40 percent since March 2020.

Teramind offers two versions of monitoring software. One allows employees to know they’re being monitored and to switch the product on or off. Employers have control of the monitoring in the other version.

According to Eli Sutton, Teramind’s vice president of operations, productivity on average will spike 30 percent if employees know they are being monitored compared to secret monitoring. He said the company advises its clients to tell their employees that they’re using the software and to explain the productivity goals.

As of this week, more than 70,000 companies and organizations use Hubstaff, which also said most employers want their employees to understand how the software works and know what’s being tracked.

Brad Edward, CEO of Spekless Cleaning in Arlington, Va., said he has been Hubstaff software since before the pandemic, starting about five years ago. He explained that he needs a reliable time tracking system for his local and remote office workers who help with operations.

Spekless said doesn’t want to check in on exactly what employees are doing throughout the day because he believes privacy is an important part of the employer-employee relationship.

“Ultimately as an employer your goal is to foster a culture of collaboration and mutual trust,” he said. “These tools can either work with you or against you, depending on how you use them.” 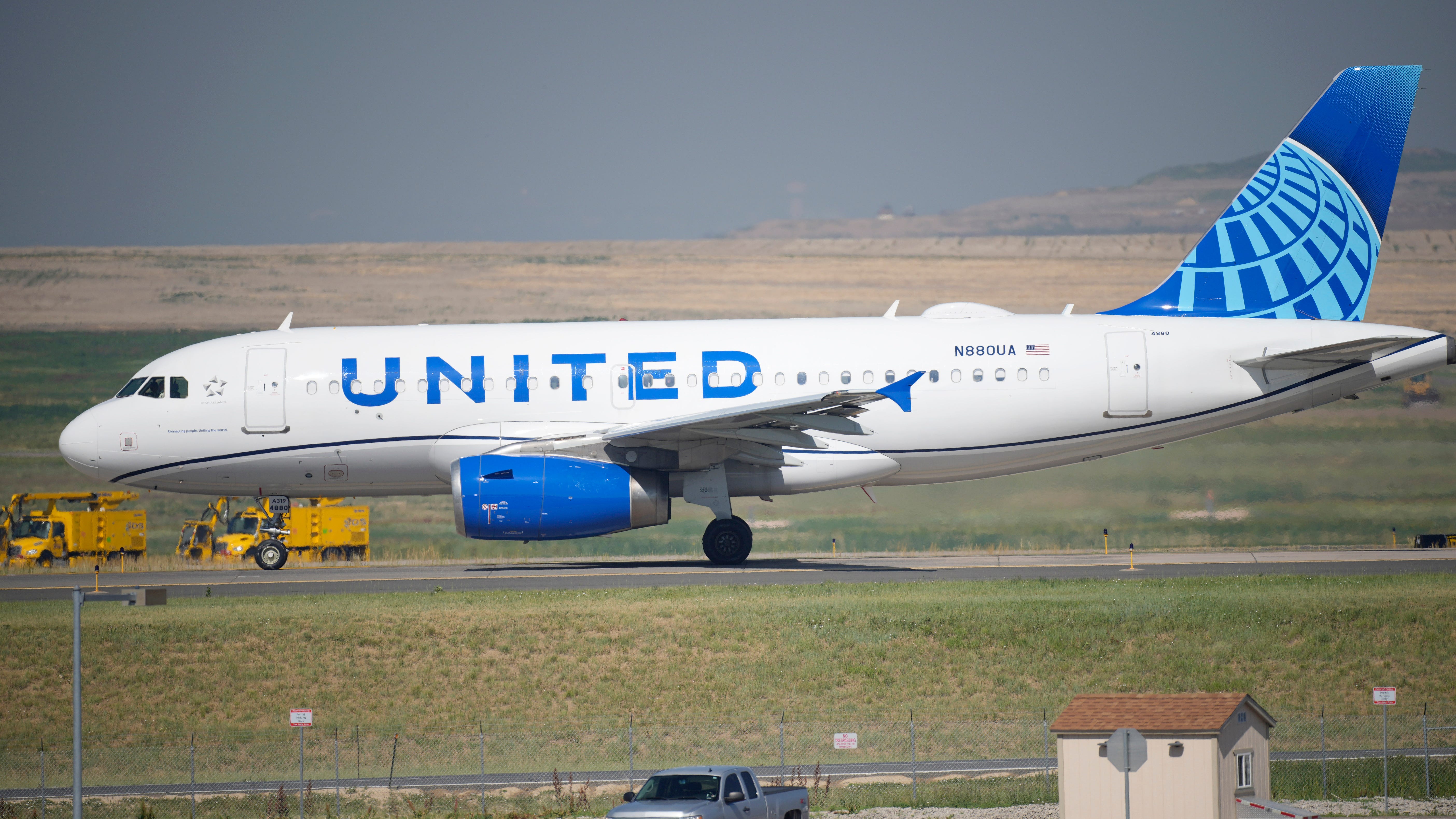 United Airlines say 97% of US employees have been vaccinated

Yet, David isn’t the only person who has felt their employers’ use of monitoring software went too far.

Ashley, who also spoke on the condition of being identified only by her first name, said her employer – a New York-based baking startup – asked her to download Hubstaff on her personal computer around 10 days after going remote last year.

“I have so much information on my computer: my banking information, my passwords, my email that has stuff from my doctors,” she said.
“I just wouldn’t want my employers to have access to this.”

When she refused to download Hubstaff, Ashley was furloughed.

After contacting human resources, Ashley learned that company expected employees to have an 85 percent or higher “activity level,” and that anyone who didn’t meet expectations was docked pay. She said her co-workers began sending each other more messages to meet their keystrokes rather to avoid losing money.

“People just stopped caring [about the job],” said Ashley, who eventually got a different job.

In addition to monitoring keystrokes, some companies have turned to facial recognition software to monitor employees. The Washington Post spoke with some lawyers whose firms decided to adopt the software during the pandemic.

Many attorneys felt the programs were “intrusive, dysfunctional or annoying,” and said they would get booted out of their work system if they merely shifted in their seat, rested their eyes, adjusted their glasses or wore accessories. If they went to the bathroom or if someone walked through the room, they would get kicked out.

“The true currency an attorney has is trust … and the technology they’re using to monitor what attorneys are doing puts that trust into question,” said Gerald Edwards, a New York City attorney practicing since 1994. “Are you even trusting me at all, that you have to watch me and monitor me like a 4-year-old?”

Furthermore, three Black attorneys said they’d “routinely struggled to be recognized by the face-scanning systems in a way that their lighter-skinned colleagues did not.”

A 2018 study showed that facial recognition software had a high error rate when identifying Black females. The following year, National Institute of Standards and Technology found inconsistencies when software attempted to identify faces from minority groups.

Employees who are uncomfortable with being monitored from home don’t have much legal standing to get out of it, said Marta Manus, an attorney at San Diego-based Marble Law Firm.

“If it’s a company device, you have zero expectation of privacy,” she said. “If it’s a personal device, as long as there are clear policies in place in favor of monitoring for work purposes, the law is going to permit it.”

Experts advise workers to assume they are being monitored if they’re using company equipment and recommend reading the fine print of employee contracts.

In the future monitoring software is expected to become even more sophisticated, said The Washington Post. Employees and employers will have to work out the right balance, however, if they want employees to be productive rather than creeped out.

Find out if you're a micromanager: https://t.co/THToMsD4P4 #micromanagement #management

“It seems like a lot of people confused monitoring with management,” said Alison Green, work advice columnist who runs the Ask a Manager website. “You don’t always need this level of micromanaging.”

What can employers do if workers avoid COVID-19 vaccines?