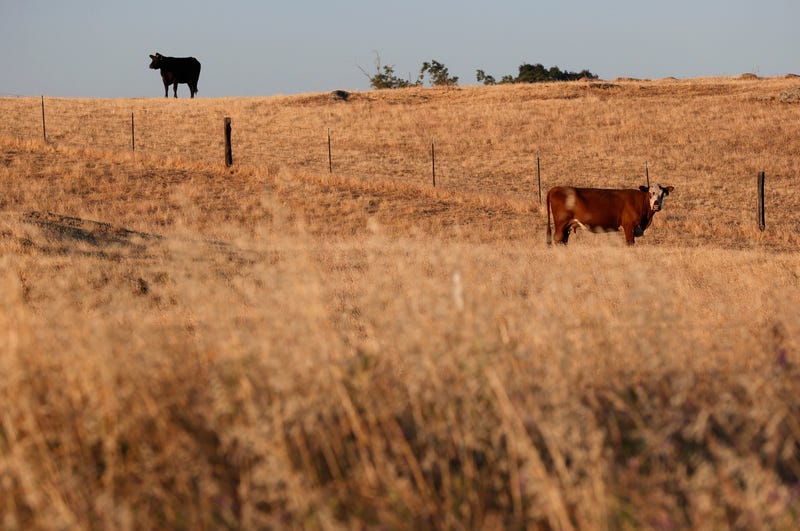 These cows need to moo-ve out of the way.

An estimated 20-30 cows escaped their containers and stampeded through Pico Rivera and Whittier in Los Angeles Tuesday night.

#BREAKING: Authorities are urging people to stay away from Beverly Road and Durfee Avenue in Pico Rivera where several cows are on the loose https://t.co/LnuuDDgfLZ pic.twitter.com/eIXIeQdSo3

The herd escaped from a slaughterhouse shortly after 8:00 p.m.

Police shot and killed one cow. A deputy reportedly fired at the animal after it hurt someone.

A handful of cows were still loose on Walnut Ave. and Spruce St. in Whittier well past 11:00 p.m. Several people assisted in trying to lasso the remaining cattle.

What a night in #PicoRivera! Where a herd of #cattle that had escaped from a slaughterhouse went on a little stampede in a local neighborhood. Deputies had to shoot one cow that charged a family. 38 others were captured. One cow is still on the loose. @KNX1070 pic.twitter.com/8frPZaGhPT