Since the coronavirus pandemic has closed down gyms, many Americans have taken to the great outdoors to get their exercise. People are flocking to neighborhood sidewalks to power walk, jog, and bike.

While there are pros to getting fresh air and working out (while practicing social distancing, of course) there are also concerns about the effects of the air quality people are breathing in.

A study conducted by Harvard University found that there’s a correlation between air pollution and coronavirus.

According to the findings, people who live in places where there are higher levels of air pollution are more likely to die from the disease because they are more prone to underlying diseases such as asthma and COPD.

“The results of this paper suggest that long-term exposure to air pollution increases vulnerability to experiencing the most severe Covid-19 outcomes,” the authors of the study wrote.

A study by the American Lung Association’s 2020 State of the Air report showed that about half of the nation’s population lives in areas with polluted air.

A huge reason for the worsening of air pollution is climate change, according to researchers.

“That is a very troubling finding because in our report we show that millions and millions of people live in areas with unhealthy levels of particle pollution,” Paul Billings, national senior vice president of public policy at the American Lung Association, told TODAY.

TODAY found that most of the top U.S cities affected by year-round particle pollution were in California including top cities like Los Angeles-Long Beach and San Jose-San Francisco-Oakland. 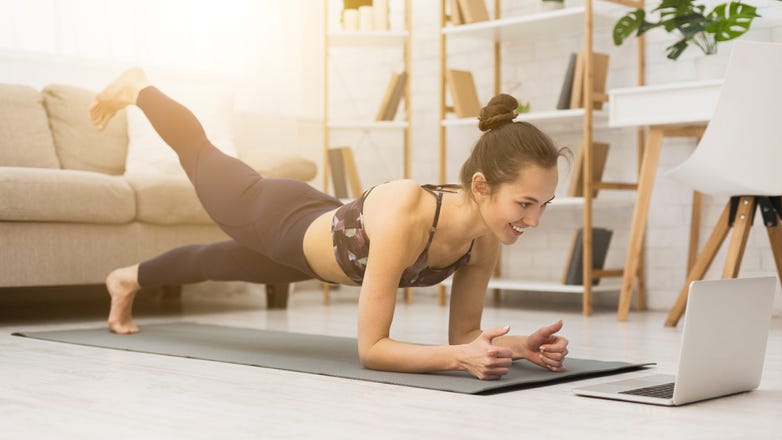 Other cities affected include Fairbanks, Alaska and Phoenix-Mesa, Arizona.

Many of the cities in California also topped the U.S. cities with the most ozone-pollution. Las Vegas-Henderson, Nevada and Denver-Aurora, Colorado also made the list.

While the coronavirus pandemic has been crippling the global economy and leading to devastating deaths, researchers have found that the lockdown has actually improved air quality since people are driving and flying less as they practice social distancing.

For those who still want to continue working out outside, The American Lung Association had a few tips about doing it safely:
- Avoid running near busy intersections.
- Face masks don’t help filter out air pollution as particles are very small. N95 masks might help, but they should be saved for healthcare workers who are on the frontlines.
- Face masks may make it difficult to work out and breathe.
- Check air quality before venturing outside at AirNow.gov.