Early Sunday morning, Americans will “fall back” and rewind their clocks by one hour to mark the end of Daylight Saving Time.

While some people love the tradition because it allows for more daylight in the morning and an extra 60 minutes of much-needed sleep, others would rather cancel the outdated practice because of negative ramifications on health and well-being.

According to the New York Post, there’s a renewed call to end the tradition of changing the clocks in both March and November.

Medical experts, lawmakers, and even parents are using the COVID-19 pandemic as a defense as sleep loss could lead to more stress, which, in turn, lowers the body’s immune system and makes people more susceptible to viral illness.

“Given the relationship of stress to the immune system, I think it would be wise to choose between DST [daylight saving time] and standard time, and stick to it,” said Dr. Beth A. Malow, a professor of neurology at Vanderbilt University Medical Center in Nashville, Tenn.

Additionally, a study in JAMA Neurology said that people are at higher risk for heart attack and stroke due to sleep deprivation.

The annual time shift also disrupts circadian rhythms, affects mental health, and could potentially lead to more traffic accidents, according to the AASM. 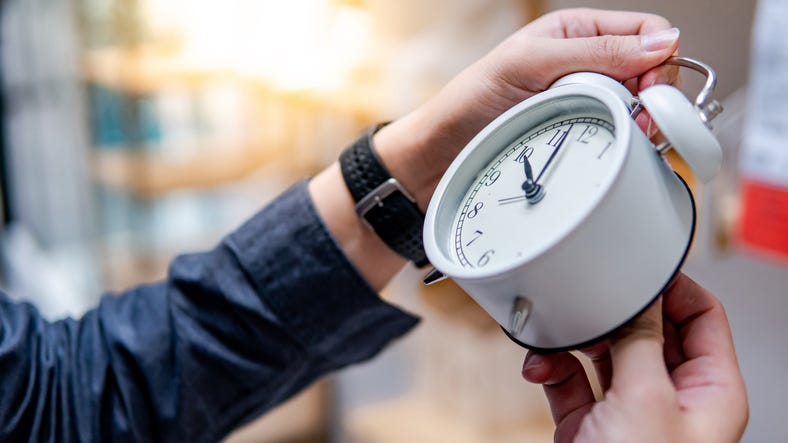 When does daylight saving time end? How to fall back with minimal side effects

By ditching the antiquated practice of changing the clocks, we also wouldn't “spring forward” for Daylight Saving Time in March 2021.

Several states and countries have already zipped Daylight Saving Time including Puerto Rico, Hawaii, Arizona, and Guam. California proposed a bill to end the “archaic practice” in 2018, but it was never brought to a vote.

Others senators in New York and Florida are working towards a change and have proposed bills in the Senate to keep the nation on daylight saving time year round.

Parents have even weighed in with one NYC mom, Lisa Singer, starting a Change.org petition to convince New York Gov. Andrew Cuomo to stop changing the clocks as it disrupts her daughter’s sleep patterns.

“Daylight Savings Time was started to minimize the use of artificial lighting to save fuel for the war effort. There is absolutely no need for it now and only around 70 countries still observe it, and that number is dropping. The European Union voted to abolish it last year,” the petition reads.

Until the annual event is officially cancelled, there are some things you can do to help adjust with minimal side effects including shifting your bedtime.