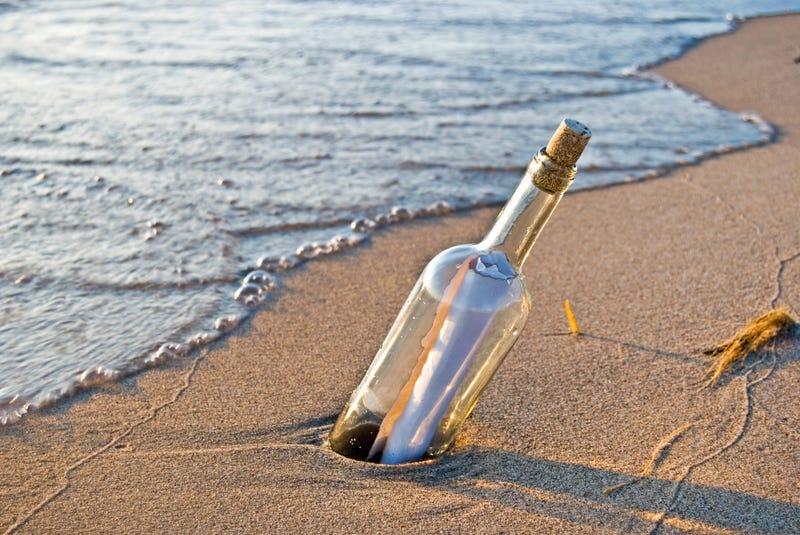 Three campers in California are feeling thankful after being rescued by sending an SOS message in a plastic Nalgene water bottle.

On June 15, the third day the trio went out hiking down the Arroyo Seco tributary and found themselves stranded, according to The Independent.

Inside the water bottle was a note asking for help with the date included.

The campers sent the water bottle down a 40-foot waterfall that trapped them from a safe escape.

The Washington Post reported that Curtis Whitson, his girlfriend Krystal Ramirez, and son Hunter Whitson were on a four-day camping trip on the Salinas River in California in June.

According to CNN, Whitson saw a lime green bottle and carved ‘HELP’ into it.

His girlfriend brought a scratch paper with her to keep score when they played games.

Whitson did an interview with CNN and said “With one lucky toss, it went right over the waterfall.”

The group then traveled back up the river to a small beach where they spread out their tarp and put rocks on it that spelled out “SOS.”

When it got dark the family used their headlamp to keep the message visible.

Around midnight the family was awakened by the sound of a California Highway Patrol helicopter overhead.

Whitson said he was notified that two men found the bottle with the note inside.

Now the family wants to find the hikers and thank them personally for saving them.