Narciso Caquias, who has Alzheimer’s, went missing from his home on Jan. 25 and a Silver Alert was sent out early in the morning, according to Daniel F. DeCrescenzo Jr., president of MTA Bridges and Tunnels.

Officers were then able to stop his vehicle and bring him to safety.

“Got the vehicle moved, moved individual back to the Bronx to our administration building, you know, so he could be comfortable and safe,” explains Sgt. Rob Rivera.

MTA Officer Joseph Moncada, who spotted the vehicle, says the 91-year-old seemed confused when he was pulled over and says he tried to handle the situation as calmly as possible so as not to upset him.

“He rolled down his window and I said, ‘Can I have your license and registration?’ His first response was, ‘Officer, did I do something wrong?’ and I said, ‘Oh, not at all.’ He was a really nice guy,” Moncada said.

“I was like, ‘Everything is good, I just think your family members are looking for you,’” the officer added.

Moncada says Sgt. Rivera asked the 91-year-old where he was going, and the answer raised some eyebrows. 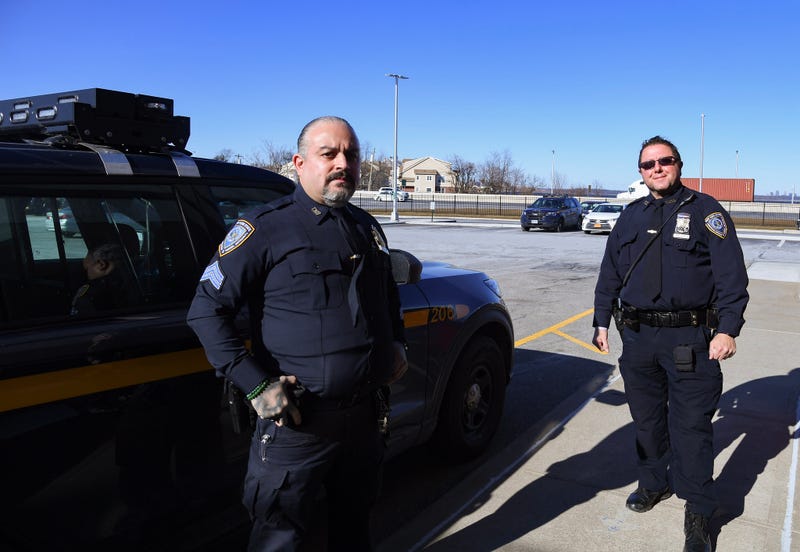 Caquias' granddaughter, Johanna Munoz, was able to pick up the 91-year-old from the Bronx headquarters and on Thursday, she was finally able to express her gratitude to the officers who rescued him.

"My family and I were going crazy looking for my grandfather, and you guys got the ball rolling so fast and I appreciate that so much because he’s not only my grandpa, he’s my dad. He’s raised me since I was a baby,” she told the officers. “It meant so much to me how sweet each and every one of you were to me and my grandfather. You don’t really see that a lot here in New York so to meet wonderful police officers like you was amazing, because there are really good officers out there. I just wish everybody could experience what I experienced.”

“You guys are awesome,” she added.

DeCrescenzo also congratulated the officers for their quick work in saving the 91-year-old.

“Officer Joseph Moncada and Sergeant Roberto Rivera are true heroes,” he said. “These are the kinds of moments that once again remind us how fortunate we are to have people like them on our team – who are compassionate and understanding. We are all so happy to know Narciso is back home and safe.”