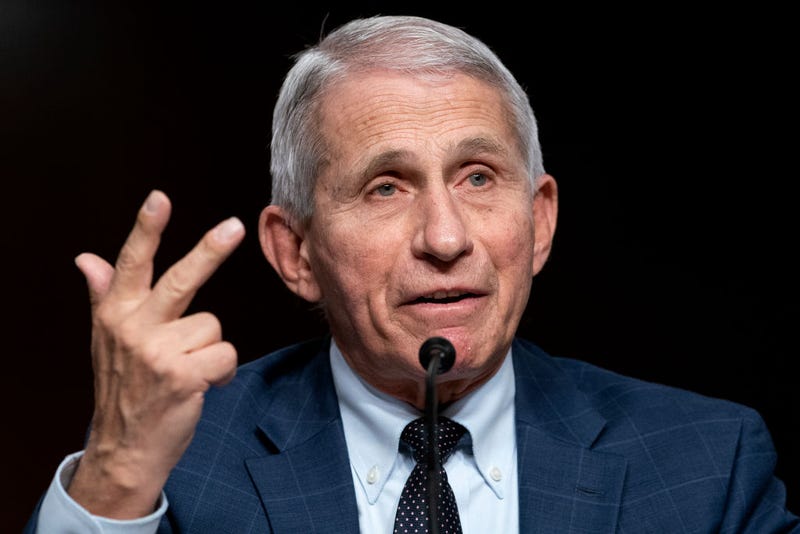 Omicron – the variant of COVID-19 that has caused the most recent wave of infections in the U.S. – could signal an end to the pandemic, said Dr. Anthony Fauci, chief medical advisor to President Joe Biden.

“But that would only be the case if we don't get another variant that eludes the immune response to the prior variant,” Fauci told the Davos Agenda, a recent virtual event held by the World Economic Forum, according to CNN.

Although omicron is highly contagious and has caused breakthrough infections in people who are fully vaccinated and boosted, it typically results in less severe infections than other variants. For example, the delta variant that caused a spike over the summer is associated with a higher risk of death.

Since omicron, which now accounts for more than 99 percent of COVID-19 cases in the U.S., causes less severe infection, it could carry the virus into the endemic phase. At that stage, the disease would continue to circulate but most of the population will have immunity against severe disease. The flu is an example of an endemic disease.

“I would hope that that’s the case,” said Fauci Monday of his hopes for the future of COVID-19.

As of Tuesday, close to 63 percent of the U.S. was fully vaccinated against COVID-19 and many have been exposed to the omicron variant, which also helps the body create antibodies and increases overall population immunity. Experts warn that exposure to omicron is not recommended and that vaccines are the best way for individuals to develop immunity against COVID-19.

“It is an open question as to whether or not omicron is going to be the live virus vaccination that everyone is hoping for because you have such a great deal of variability with new variants emerging,” Fauci said.

According to an Associated Press report, every COVID-19 infection provides a chance for the virus to mutate. With the recent uptick in infections due to omicron, experts believe it will not be the last variant of concern we have to face. Even though omicron causes milder infections, there is no guarantee the next variant will be the same.

Within the next few months Pfizer and Moderna, the pharmaceutical companies that produced the two double-dose mRNA COVID-19 vaccines recommended by the Centers for Disease Control and Prevention, both plan to release data about a vaccine specifically targeted to the omicron variant.

“It should be in the clinic in the coming weeks. And we're hoping in the March timeframe, we should be able to have data to share with regulators to figure out the next step forward,” he said in a panel conversation at Davos.

Moderna is also working on a combined shot for COVID-19 and the flu that could be available in fall 2023 and fourth booster doses have been shown to increase antibodies, according to data from Israel. In the U.S., fourth doses are only recommended for immunocompromised people.

As new preventative treatments for omicron are on the horizon, cases in the U.K., which experienced a surge before the U.S., have fallen in recent days. According to The New York Times, the number of omicron cases in the U.S. may also be peaking as of Tuesday, though there are still a significant number of patients overwhelming hospitals.