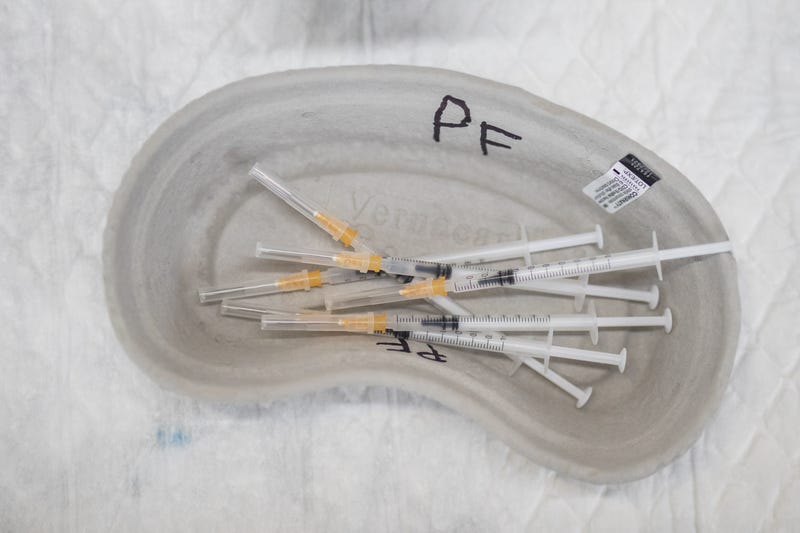 A U.S. Food and Drug Administration advisory panel's rejection Friday of Pfizer's plan to offer a third dose of its COVID-19 vaccine to most Americans didn't surprise Dr. Peter Chin-Hong, Professor of Medicine at UCSF and an infectious disease expert.

The panel's near-unanimity did.

"I was expecting dissent, but the fact that it overwhelmingly was the case that the scientists said there isn’t enough data was surprising to me," Dr. Chin-Hong said of the 18-member panel during Friday afternoon's "Ask An Expert" segment with KCBS Radio's Liz Saint John.

"(A 16-2 vote) is pretty much a run in terms of opinion against the booster," he added.

Due to the delta variant, Biden administration planned to offer an additional dose of the two-shot Pfizer and Moderna vaccines to recipients eight months after their second dose, but the panel on Friday wasn't convinced by the data Pfizer and Israeli researchers provided. 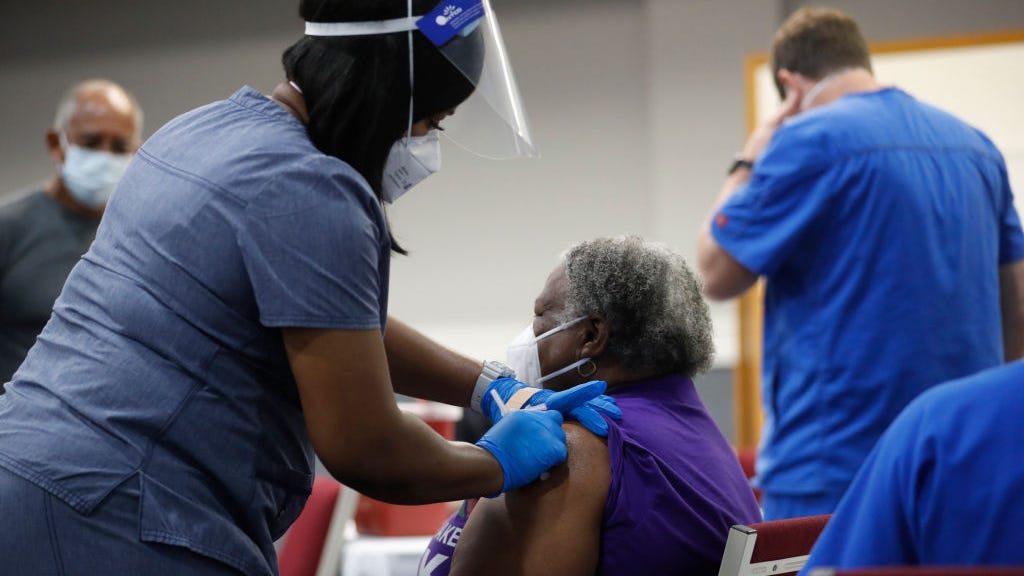 The pharmaceutical giant offered little about the safety of an additional dose, according to panelists. Dr. Chin-Hong explained that others questioned the relevance of Israel’s rollout of extra shots in July, given the differences in size and homogeneity between Israel and the U.S. He added Israel had "very little follow-up data from the initial booster rollout."

All told, Dr. Chin-Hong said, "the quality of the data isn't quite robust."

"We don't really care as much about waning antibody levels, which is actually quite expected," he said. "We may care a little bit less about symptomatic infections as long as people stay away from the hospital (if they're) vaccinated. And in the U.S., at least, that appears to be the case pretty uniformly. And I think the lack, or paucity of data is really what’s driving it."

The panel's decision came amid criticism from the World Health Organization of rich nations offering third doses of the vaccines before people in poorer countries could get their first. The U.S., for instance, accounts for about 4% of the world’s population but nearly 7.5% of its vaccinated population.

Global ethical considerations didn't factor into the panel's decision on Friday, however. The panel was simply asking itself if now is the right time to provide most of the nearly 100 million Americans vaccinated by Pfizer with an additional dose.

Their answer was a resounding no, but booster shots still very much remain a possibility, especially for older people and those with underlying conditions. The same panel unanimously voted later on Friday to recommend offering a third dose to Pfizer recipients over the age of 65 and those at high risk of contract COVID-19.

"The future is still not certain," Dr. Chin-Hong said prior to the panel’s second recommendation. "It doesn't mean that people are against the idea of booster shots. … (The) idea of the booster is not a foreign one, it's just that we are not needing to do that emergently in the general population."

Although data showed waning antibody levels in vaccine recipients, Dr. Chin-Hong said that was to be expected. The Pfizer vaccine, Moderna's and Johnson & Johnson's still provide robust protection against hospitalization and death.

U.S.-specific data is needed about the efficacy of a third dose for the general population, even as it’s likely older and immune-compromised people receive an additional dose sooner rather than later. A U.S. Centers for Disease Control and Prevention advisory committee will meet next Wednesday to discuss the possible rollout of extra shots, and Dr. Chin-Hong said it would be a major surprise if the Food and Drug Administration makes a decision against the advice of its panel early next week.

"From their precedent, there isn't many times where the FDA goes against its board," he explained. "And therefore if they don't approve it, it would not allow the government to use the vaccine in this way."