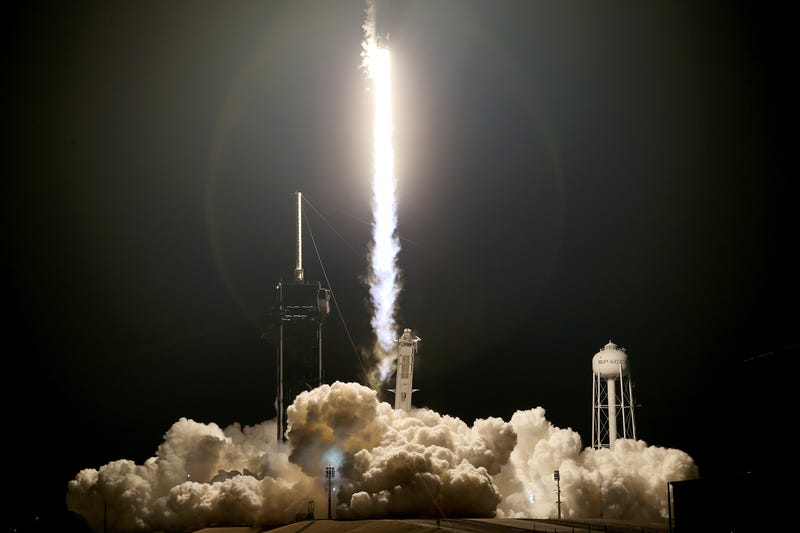 SpaceX’s first civilian mission ended with the casual astronauts splashing down in the Atlantic off the Florida coast on Saturday night. The touchdown back to Earth capped off a three-day trip into space.

The SpaceX capsule parachuted into the ocean, not far from where the original shuttle launched on Wednesday.

The entire crew was made up of amateurs, the first of its kind to circle the world without a professional astronaut.

“On behalf of SpaceX, welcome back to planet Earth,” one SpaceX mission controller said to the crew after splashdown, the Guardian reported. “Your mission has shown the world that space is for all of us.”

The commander of the mission, Jared Isaacman, responded saying “Thanks so much, SpaceX. It was a heck of a ride for us.” 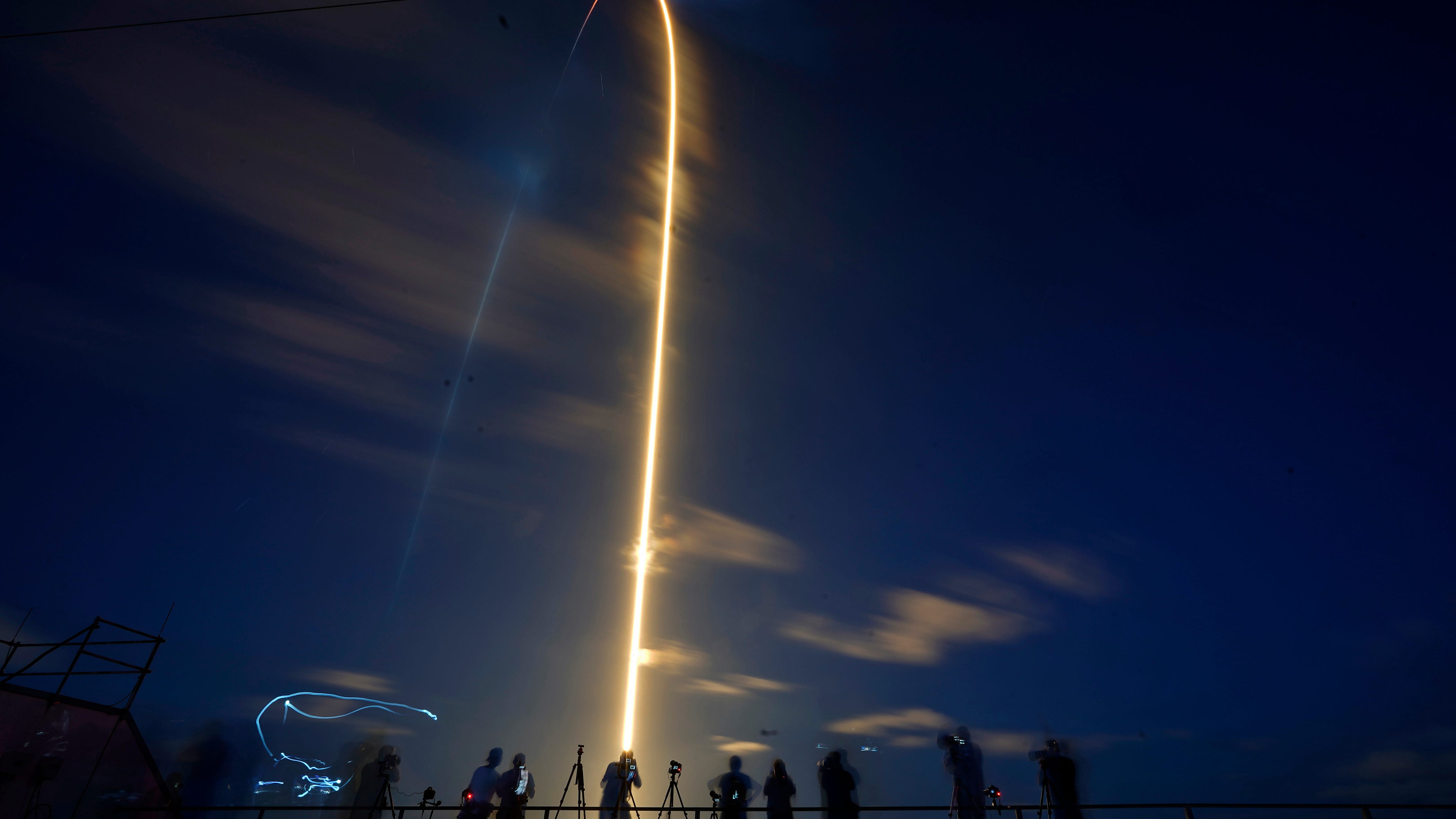 It is expected that Elon Musk, the founder of SpaceX, paid millions for the trip. His three guests took part in the journey to show that ordinary people could blast into orbit by themselves.

The fully automated Dragon capsule took the SpaceX astronauts into orbit, 363 miles above the Earth’s surface. The capsule surpassed the International Space Station by almost 100 miles.

The space travelers were the first to end their flight in the Atlantic since Apollo 9 in 1969. The previous two SpaceX splashdowns were in the Gulf of Mexico.

The astronauts were given medical checks after landing before taking a helicopter to the Kennedy Space Center to reunite with their families. 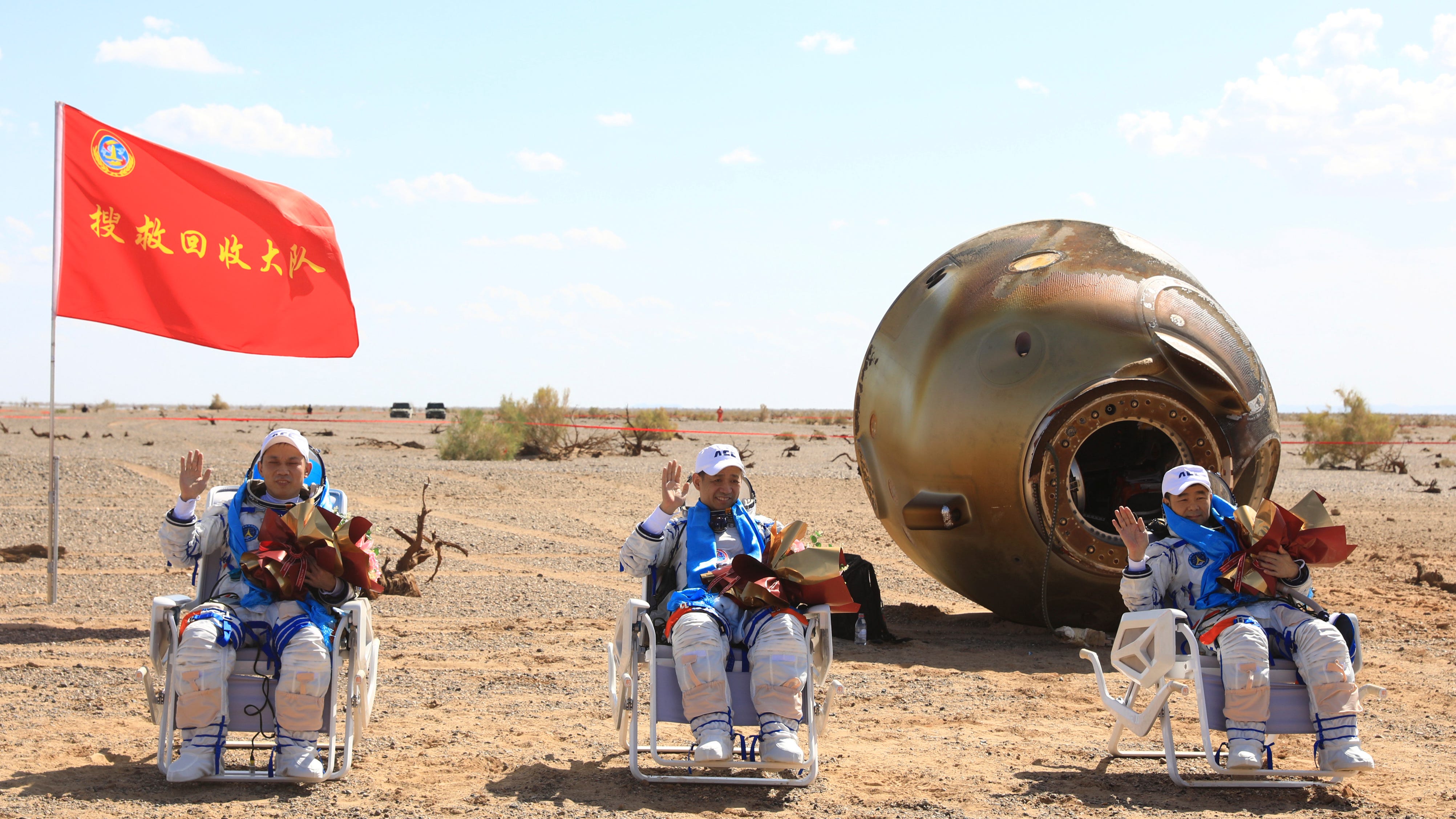 “Best ride of my life!” Proctor tweeted after spending a few days in space.

The four spent six months training and preparing for the trip. During their flight, the crew even spent time chatting with St. Jude patients, conducting medical tests on themselves, ringing the closing bell for the New York Stock Exchange, and doing some drawing and ukulele playing.

“I was a little girl going through cancer treatment just like a lot of you, and if I can do this, you can do this,” Arceneaux told her patients. She was treated for bone cancer almost two decades ago.

Tom Cruise and U2’s Bono also gave the crew a call, as both are interested in SpaceX flights. 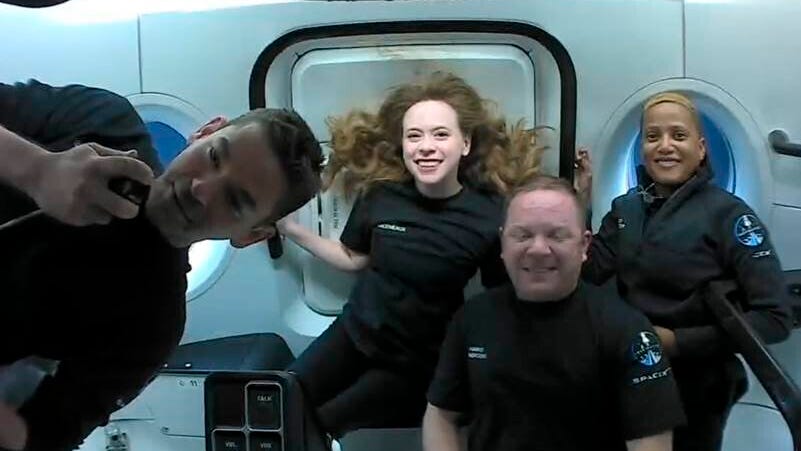 Tourist flights to space are expected to become the new normal in years to come as Richard Branson’s Virgin Galactic and Jeff Bezos’ Blue Origin are set to lead the industry along with SpaceX.