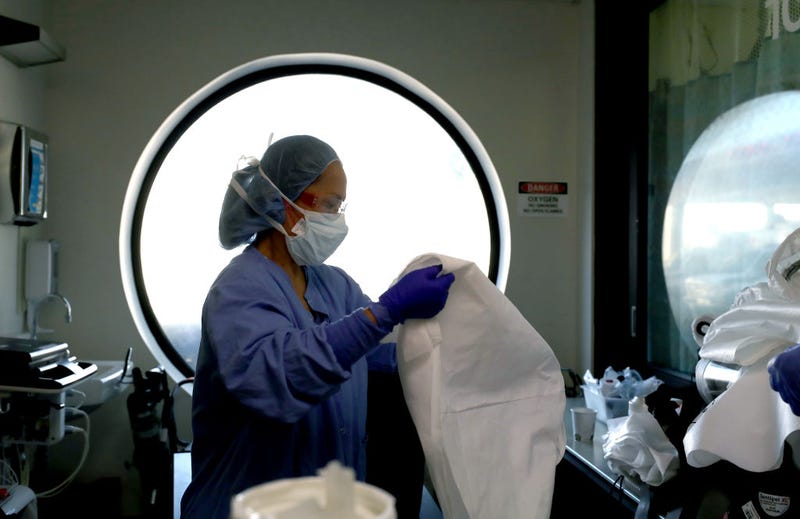 A nurse cleans personal protective equipment (PPE) after being part of a team that performed a procedure on a coronavirus COVID-19 patient in the intensive care unit (I.C.U.) at Regional Medical Center on May 21, 2020 in San Jose, California. Photo credit Justin Sullivan/Getty Images
By Eric Brooks, KCBS Radio

The first confirmed U.S. case of the omicron coronavirus variant has been detected in California, according to multiple reports.

The person – who is a fully vaccinated San Francisco resident – traveled back to the Bay Area from South Africa on November 25 and tested positive on Monday.

The unidentified patient has a mild case.

They're currently self-quarantining and have been since testing positive, according to the U.S. Centers for Disease Control and Prevention. Officials said the patient's close contacts have tested negative.

"It's just the tip of the iceberg like many of us suspect," said Dr. Peter Chin-Hong, UCSF infectious disease physician, told KCBS Radio's Rebecca Corral moments after the announcement. "It's pretty much in short order that we'll see scores of cases detected, not just in California but across the country."

Earlier Wednesday, Dr. Anthony Fauci said the person had traveled back from South Africa on November 22, contrary to other reports.

"California is continuing to monitor the variant's presence and progress through the state's robust Whole Genome Sequencing surveillance," explained a joint statement on Wednesday from the California and San Francisco Departments of Public Health. "We must remain vigilant against this variant, but it is not a cause for panic."

The omicron variant, B.1.1.529, has been designated a "variant of concern" by the World Health Organization. Speaking on Monday, President Joe Biden warned "we're going to see cases of this variant in the United States," but also urged that the variant is "not a cause for panic." Biden continues to push for all Americans to either get vaccinated or boosted as soon as possible.

The Biden administration has restricted travel from Southern Africa where the variant was first identified and is widespread among confirmed cases.

The U.S. joins more than 20 countries and territories around the world that have detected the variant so far, some with no direct links to travel. 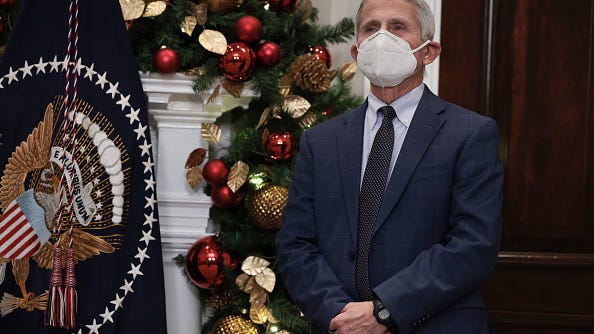 Fauci fears a fifth COVID-19 wave could hit the U.S.