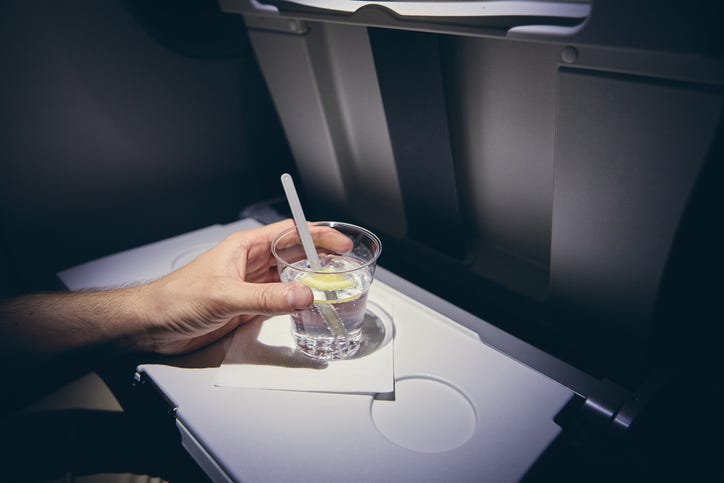 There’s one drink that flight attendants secretly don’t want you to order on the plane, and there’s actually science behind why it’s their least favorite. It’s not an alcoholic beverage, believe it or not.

Turns out, Diet Coke has a tendency to fizz up more upon opening, and takes a bit longer to pour because of it, MSN reports. The reason behind this has to do with the sugar content in the soda. The more sugar there is, the larger the bubbles of the fizz will be, and the shorter amount of time it will take for the bubbles to pop.

But with diet soda, there’s less sugar, which means the bubbles that form take a bit longer to pop than those of regular soda. Despite the fizz discrepancies, Diet Coke remains a plane ride favorite for many who fly.

Meanwhile, our soda choices plague us straight to the movie theaters as well. Regal Cinemas recently announced that they would be switching all of their Coke products to Pepsi products this year, and the fan reactions were polarizing.

Moviegoers everywhere took to Twitter with their thoughts, some swearing by the Coca Cola favorites, while others chimed in with their love for Pepsi products. “This is something where the stars aligned,” John Curry, senior VP of foodservice for Regal said. “Pepsi and Regal just share a mutual passion and excitement for the moviegoing experience.”