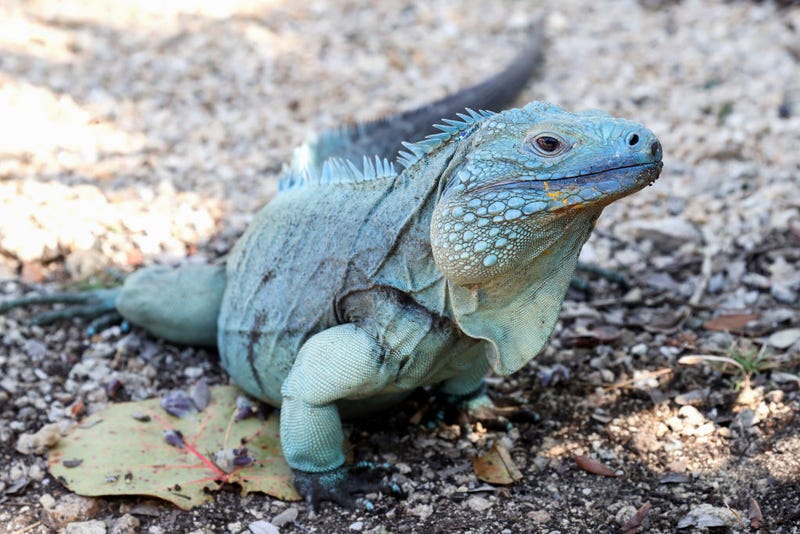 Throughout the United States, people have been feeling the cold air, even in some southern states.

CNN reports that areas from Louisiana to the Carolinas are seeing temperatures 10 to 15 degrees below normal.

But this week, Florida residents are realizing the impact that atypically cold temperatures can have on local wildlife. On Tuesday afternoon, the National Weather Service in Miami issued a forecast for a chance of falling iguanas.

Jan 21 - This isn't something we usually forecast, but don't be surprised if you see Iguanas falling from the trees tonight as lows drop into the 30s and 40s. Brrrr! #flwx #miami pic.twitter.com/rsbzNMgO01

"Don't be surprised if you see iguanas falling from the trees tonight," tweeted the Miami National Weather Service office.

The NWS explained the iguanas are cold blooded, which makes them slow down or become immobile when temperatures drop below 45 degrees.

Iguanas sleep in trees, which means that when their bodies go dormant, they will appear to fall from the sky in streets, backyards and public spaces.

While the reptiles appear immobile, forecasters caution residents to beware. The iguanas don't move to conserve their energy until the temperature warms back up, but they are not dead.

If temperatures remain below 40 degrees for over eight hours, a significant number of those iguanas, including smaller ones, will die.

.@Ginger_Zee says it's so cold in Miami that iguanas are falling out of trees! Thanks to our affiliate @WPLGLocal10 for this video! pic.twitter.com/jbSai2FmXD

"The temperature threshold for when iguanas begin to go into a dormant state depends greatly on the size of the iguana," Ron Magill, communications director for Zoo Miami said. "Generally speaking, the larger the iguana, the more cold it can tolerate for longer periods."

The Zoo Miami director also explained that not everyone is concerned about these iguanas. Some hunters are looking forward to this upcoming cold weather.

"I do know that there are several iguana hunters that are looking forward to this upcoming cold front as it will certainly facilitate them removing these invasive reptiles from the South Florida environment as they will not be able to run away!" Magill told CNN.