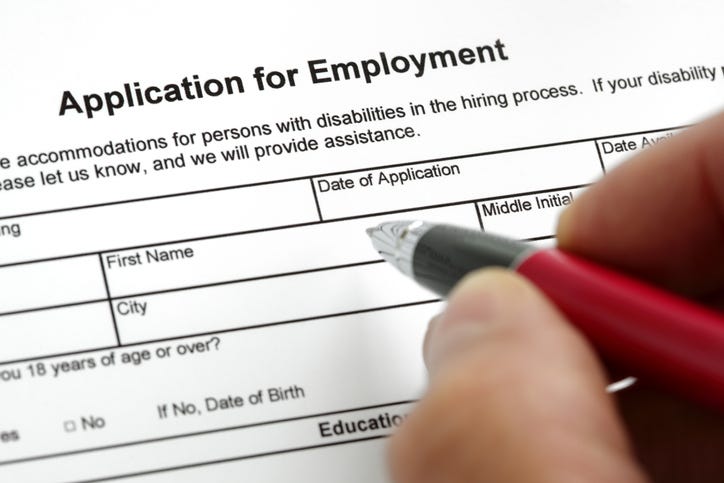 Where is the worker shortage, specifically? One Florida man is asking that question after he applied for 60 different entry-level jobs in September and only got a call for one interview.

Joey Holz shared his recent experiences with the labor shortage with Business Insider, saying that he submitted two applications a day in September to test the claims of labor struggles.

Holz said that he had first heard of the labor shortage complaints last year while donating plasma.

"The guy went on this rant about how he can't find help, and he can't keep anybody in his medical facility because they all quit over the stimulus checks," Holz told Insider. "And I'm like, 'Your medical professionals quit over $1,200 checks? That's weird.'"

Holz shared that he continued to hear the claims that businesses couldn't find anyone to hire because of government stimulus checks and boosted unemployment funds. But he found it curious that labor shortages didn't stop when half of the nation removed its benefits this summer.

"If this extra money that everyone's supposedly living off of stopped in June, and it's now September, obviously, that's not what's stopping them," he said to Insider.

So Holz decided to apply for jobs and see what he could find. He applied at restaurants that were public about their staffing problems and other businesses that were being vocal about the stimulus money.

Holz sent out 28 applications in two weeks while only receiving nine email responses and one phone call. However, he did receive one interview with a construction company that advertised a full-time job focused on site cleanup for $10 an hour.

Instead, the construction company tried to offer minimum wage, $8.65 in Florida to start. He said he would also have had to give full-time availability on part-time hours until he gained seniority.

During the process, Holz said he only applied for jobs that he qualified for, as some wanted high school diplomas and others offered onsite training. None of the jobs paid more than $12 an hour. US unemployment claims fall to lowest level since pandemic

Holz shared his experiences in a Facebook post on Sept. 29 and said that "58 applications says y'all aren't desperate for workers, you just miss your slaves."

With others finding similar issues with finding work like Holz, he shared that his "opinion is that this is a familiar story to many."

Holz acknowledged that his local experiment does not reflect the entirety of the issues facing the country. However, Holz also added that even with businesses struggling to hire, his boss had no staffing issues because of who he is.

"Nobody leaves those positions because he takes care of his people," Holz said, referring to his boss.