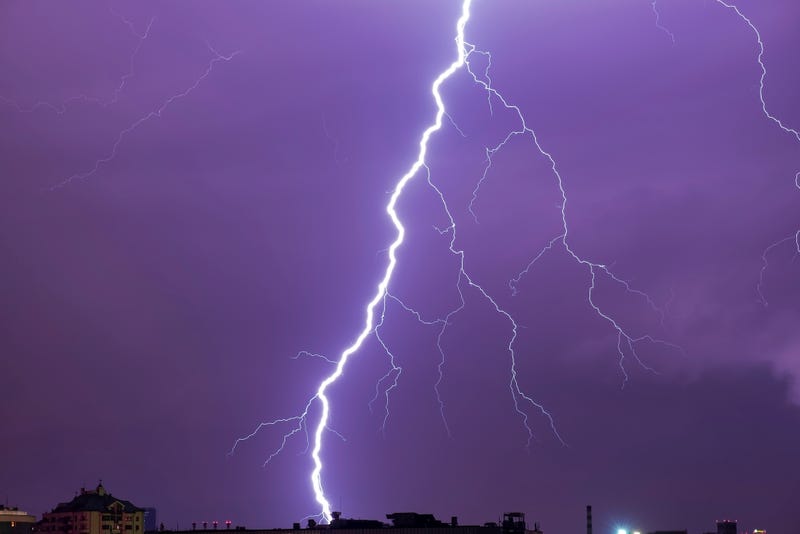 A Florida Man’s truck was struck by lightning, and it was all caught on his dashboard camera, UPI reports.

Jack Foraker told WINK that he was on his way home in Estero FL when he drove into a thunderstorm.

"I saw a few people that were just stragglers leaving the beach. And I said to myself, those are the type of people who get hit by lightning because they're just leaving too late, and continued going. Turns out, they weren't the people that got hit by lightning, I was," Foraker said to WINK-TV.

Foraker’s dash cam was on and recording when the lightning bolt hit his car and caused the power to shut down.

"Just sounded like a shotgun blast to the back of my truck. And then yeah, it was. It was pretty scary. My windshield wiper stopped, lost my power brakes, lost my power steering," he said.

Foraker was not hurt by the strike, and was able to pull off the road. The truck on the other hand was pretty much totaled.

"Pretty much put my truck in intensive care," he said.

Foraker says that his truck was at the mechanic for 40 days, but they were not able to fix it.