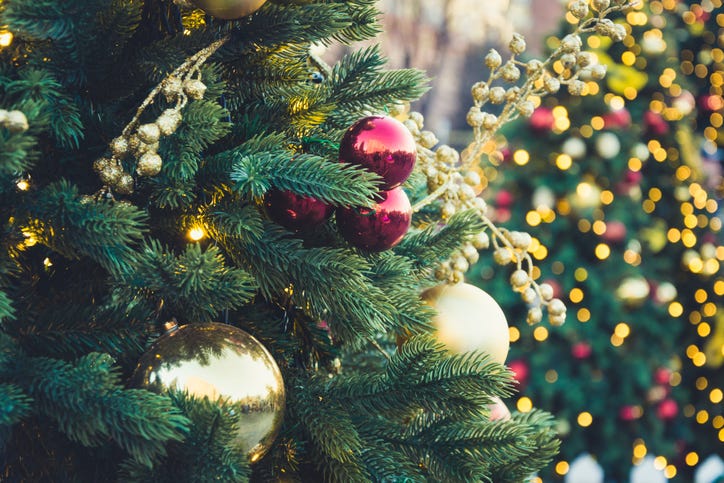 If you’re debating between a real Christmas tree and a fake one, here’s something that might make your decision a little easier: an artificial tree can double as a weapon if necessary.

At least, that’s how it went down in Clearwater, Florida this holiday season.

Instead of celebrating the love and family of the season, a 38-year-old woman named Krystall Graham recently got into it with her longtime boyfriend.

What caused the disturbance? He was playing the TV too loudly on a Friday morning while she was trying to sleep.

Things apparently got heated as Graham said she “squared up to the victim and was screaming in his face.”

One thing led to another as Graham admitted to taking apart their artificial Christmas tree and striking her boyfriend with three separate sections.

Police responded to a call about a disturbance and made a forced entry into the home where they found the couple actively engaged in an “altercation."

The boyfriend was treated for scratches and abrasions on his face, neck, and stomach caused by contact with the festive fir.

Meanwhile, Krystall was arrested for domestic battery on a misdemeanor count. It’s safe to say she’s not going to end up on Santa’s “nice list” this year.

The couple share two children – ages eight and two – who were both present during the confrontation.

No word on whether the tree suffered any extensive damages, but hope it recovers in time for Christmas.