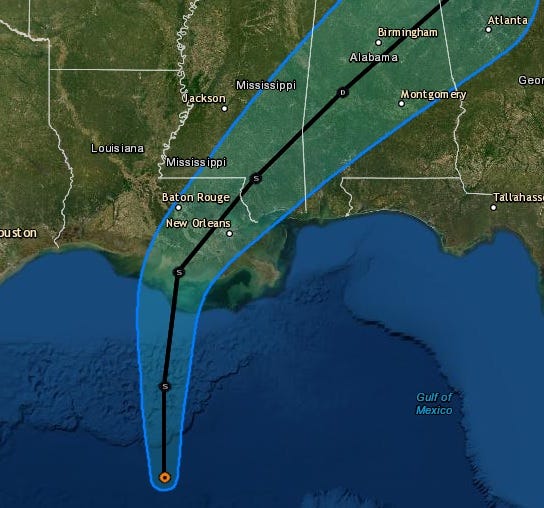 The National Hurricane Center says that Potential Tropical Cyclone Three in the Gulf of Mexico is forecast to become a tropical storm today and make landfall on the Southeast Louisiana coast overnight tonight.

The bulk of the rain, however, is expected to fall to the east of the center. That has forecasters warning people all the way to the Florida Panhandle to prepare for possible flooding.

"The Tropical Storm Warning has been extended eastward for the Florida Panhandle from the Alabama/Florida border to the Okaloosa/Walton County line."

"On the forecast  track, the system will approach the north-central Gulf Coast tonight or early Saturday," according to the Hurricane Center. 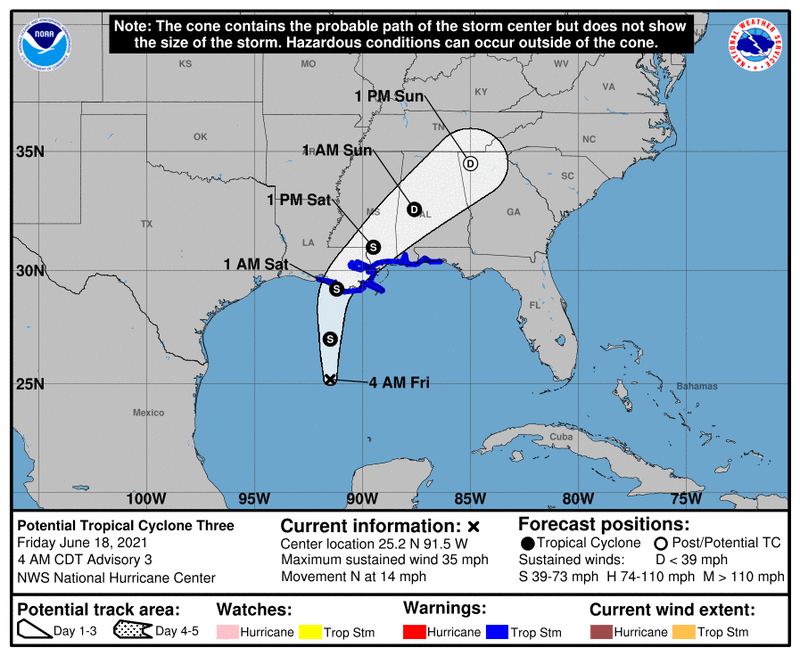 As of early this morning maximum sustained winds were near 35 mph with higher gusts.

"Some strengthening is forecast, and a subtropical or tropical storm is likely to form over the west-central or northwestern Gulf of Mexico later today."

﻿Forecasters warn of the following impacts:

RAINFALL: Rainfall totals of 4 to 8 inches with isolated maximum amounts of 12 inches are expected across portions of the Central Gulf Coast beginning today. Considerable flash, urban and small stream flooding impacts as well as new and renewed minor to isolated moderate river flooding are likely.

STORM SURGE: The combination of storm surge and the tide will cause normally dry areas near the coast to be flooded by rising waters moving inland from the shoreline. The water could reach the following heights above ground somewhere in the indicated areas if the peak surge occurs at the time of high tide...

WIND: Tropical storm conditions are expected to first reach the coast within the warning area later today, making outside preparations difficult or dangerous.

TORNADOES: The threat for a tornado or two will begin this afternoon across coastal Louisiana, then spread overnight into Saturday across southern portions of Louisiana, Mississippi, and Alabama, to the western Florida Panhandle.