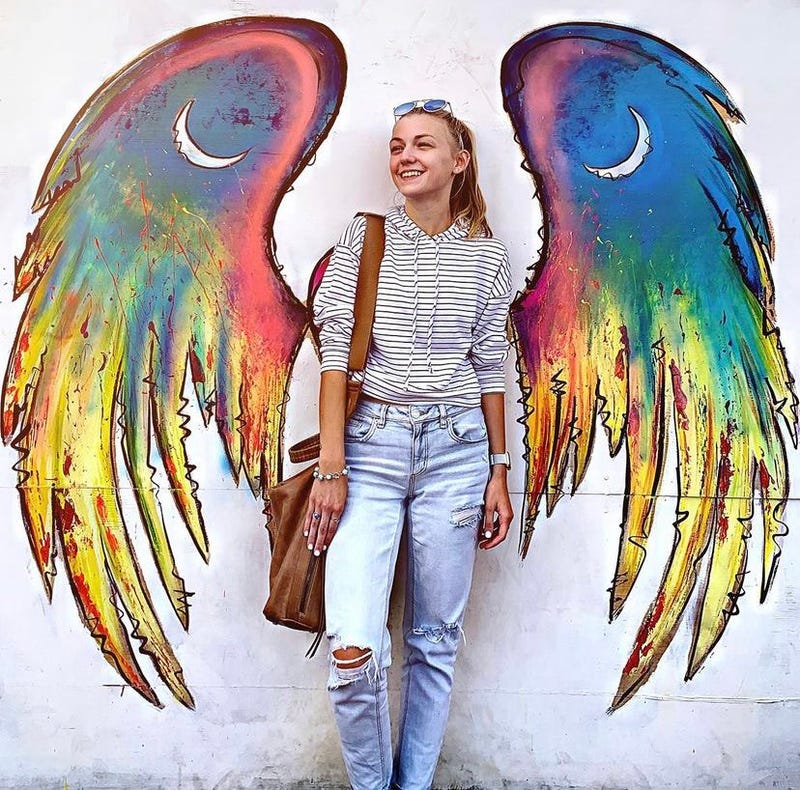 "#GABBYPETITO she touched the world," wrote her dad, Joseph Petito, along with a picture of his daughter posing in front of a mural of painted wings.

The Long Island native captured national attention when she was reported missing earlier this month while on a cross-country van trip with her fiancé Brian Laundrie, who is now missing and considered a "person of interest" in Petito's case.

The FBI on Sunday evening said it had found a body in Wyoming's Grand Teton National Park that is "consistent with the description" of Petito. Though agent Charles Jones cautioned that a full forensic investigation is needed to confirm the identity of the body.

"Full forensic identification has not [been] completed to confirm 100% that we found Gabby, but her family has been notified of this discovery," Jones said during a Sunday news conference.

Petito has made several public posts detailing his emotions as authorities looked for his daughter.

"I just had my break down. I grab a bottle of whiskey, and took a walk in the rain. I cried, a lot," Petito posted to Instagram earlier this week. "There’s a chance I won’t see her again. I won’t hear hear [sic] voice on New Years, or hug her on Christmas. I broke down."

The Laundrie family issued a statement through their lawyer mourning the passing of Petito as authorities continue the search for their son.

"The news about Gabby Petito is heartbreaking. The Laundrie family prays for Gabby and her family," the family said.

The North Port Police Department, in Florida, also issued a statement on the FBI's news. The department is working with other agencies to search for Laundrie back in Florida.

"Saddened and heartbroken to learn that Gabby has been found deceased," the department tweeted. "Our focus from the start, along with the FBI, and national partners, has been to bring her home. We will continue to work with the FBI in the search for more answers."

Saddened and heartbroken to learn that Gabby has been found deceased. Our focus from the start, along with the FBI, and national partners, has been to bring her home. We will continue to work with the FBI in the search for more answers.