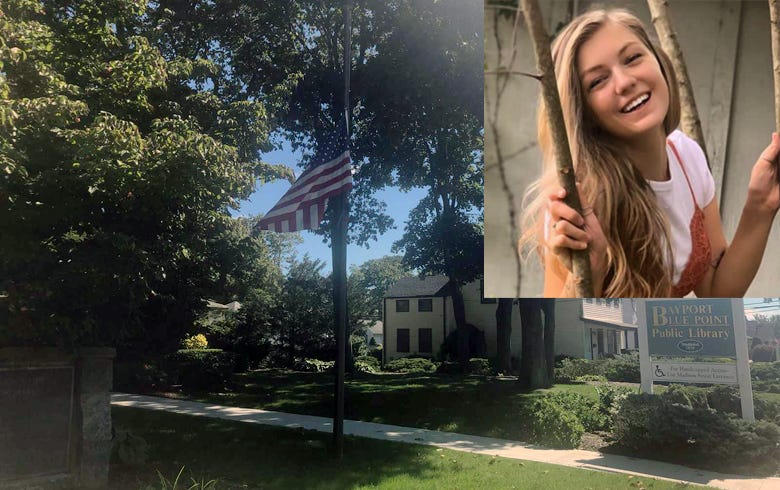 BLUE POINT, N.Y. (WCBS 880) — The Long Island community where Gabby Petito grew up is in mourning after authorities announced Sunday that a body matching the 22-year-old's description was discovered Sunday during a search of the Teton National Forest in Wyoming.

There American flag-lined street where Petito's mother, stepfather and siblings live in Blue Point stood empty and quiet Monday morning as a lone Suffolk County police vehicle could be seen posted outside the family's home.

The flag outside the town library is flying in half-staff in honor of Petito.

The community has Petito and her family in their hearts as they remember 22-year-old with a big smile that would light up a room.

Petito touched everyone, including those who never met her, WCBS 880's Sophia Hall reported. 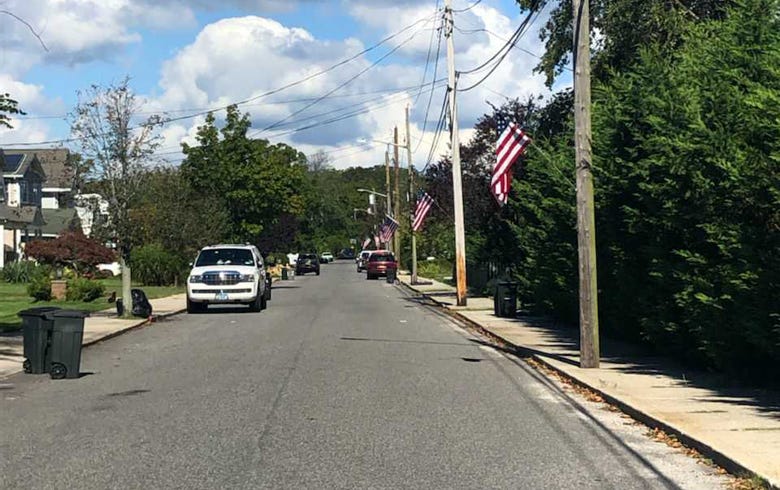 "It's extremely sad. We all feared that this would be the ending and hoped for the best and it's tragic. Adorable girl, I knew people that taught her, had her in school, it's just very sad," one woman said. "It's just a terrible thing. I feel so bad for her family."

"It's sad," one Blue Point resident said. "Somebody that young."

Petito graduated from Bayport-Blue Point High School before moving to Florida just a few years ago.

"Nobody thought it would end this way," one recent graduate said. "Everybody thought that maybe they would find her alive and she would go back to her family. It's just completely heartbreaking. Everybody's thinking about it, it's terrible for the community cause this kind of stuff doesn't happen here."

Petito's fiancé, Brian Laundrie, who has been named a person of interest in the case and whose whereabouts remain unknown, is also from Blue Point and is a graduate of the high school there. 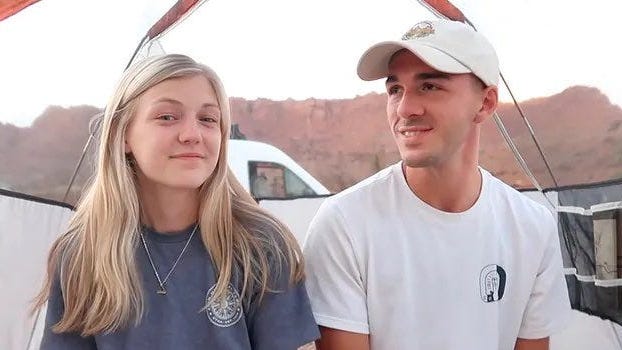