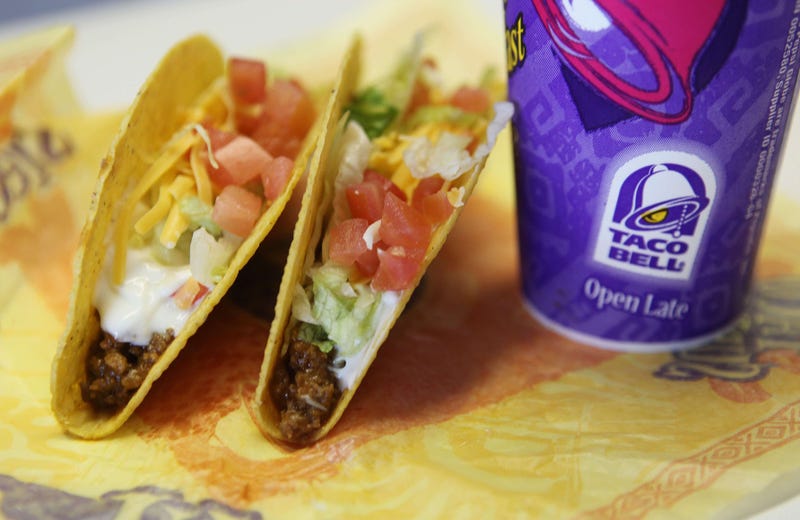 Taco Bell’s official menu is loaded with all-star dishes, but there’s even more fun to be had if you know how to order the off-menu hits.

Not every cashier may be aware of every secret item, so be prepared to explain your order if you receive a perplexed look when you order a Cheesarito or Incredible Hulk. Here are our favorite secret foods to order at Taco Bell.

The enchirito is dead, long live the enchirito. While the beloved hybrid between an enchilada and burrito was cut down in the prime of its youth in 2013, many cashiers will happily ring one up for you. If not, it’s easy enough to hack together from a Burrito Supreme (with extra beef and cheese), and extra sides of red sauce, sour cream, nacho cheese sauce, and three-cheese blend (just pour the extra sides on top and ask the staff very kindly to blitz the sucker in the oven).

Life is about simple joys, and none is simpler or more joyful than the cheesarito. A soft tortilla delicately cradles a gooey mass of cheese, scallions and taco sauce. While the price varies by location, the mini handful of joy tends to fall on the cheap side, offering a lot of flavor for not a lot of cash. It’s the perfect appetizer before a hefty main or a great late-night snack.

Granted, the Hulk is just a bean and cheese burrito with added guacamole, but after you order one, feel free to yell “Hulk smash!” as you dig in.

Take the Hulk another step up by opting for guacamole on TB’s five-layer burrito to create the Incredible Hulk, a weighty dish that is sure to draw envious stares as you take it back to your table.

You should absolutely never settle for a soggy quesadilla. Make your dilla the bell of the ball by requesting it be grilled twice. The cheese will emerge extra gooey on the inside while the tortilla will crust up into a shatteringly crisp flavor explosion on the outside.

With a name like Superman, you know this amped up burrito can satisfy the most intense rumbling tummies. Add potatoes, sour cream, guacamole, and crispy tortilla strips on top of the already substantial Cheesy Double Beef Burrito to create a monolithic Taco Bell treat.

Chili cheese burritos hit the Taco Bell menu like a freight train back in the 1990s and the restaurant world has never been the same. Order one up and then high five your cashier to unleash a rainbow of throwback ‘90s nostalgia, or just ask for chili cheese in your bean and cheese burrito. And don’t forget extra napkins. You’ll need them.