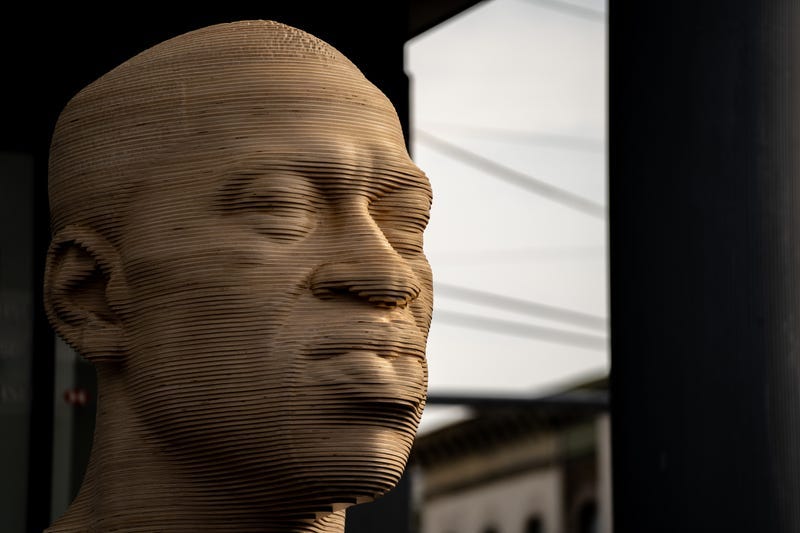 NEW YORK (WCBS 880) — A six-foot tall statue of George Floyd has been vandalized just days after it was unveiled in Brooklyn, New York.

The wooden bust and its pedestal were spray-painted black, while the web address of a white nationalist hate group was spray painted in white, according to WABC.

The George Floyd statue that was unveiled on Juneteenth in Brooklyn was discovered vandalized around 7:20AM today. Floyd's face and pedestal was spray painted black with the wording "https://t.co/DL4ztbsbk5" spray painted in white. pic.twitter.com/L5V83Tnpxr

The vandalism was discovered Thursday morning, according to Council Member Farah N. Louis.

"Let us be clear: this is a shameful act, a hate crime and totally disrespectful to the memory of Mr. Floyd and to the Black community as well our efforts to achieve racial justice and equality," Louis stated. "And we will not be deterred. I ask anyone with information to please come forward and contact the NYPD."

The HCTF is investigating vandalism, discovered this morning, to the new George Floyd statue that was unveiled at 1545 Flatbush Ave. in Brooklyn @NYPD70Pct this past weekend. If you have any information, you are urged to DM @NYPDTips or call them @ 1-800-577-TIPS. pic.twitter.com/7e2vjbrr3D

The statue by artist Chris Carnabuci was unveiled at Flatbush Junction during a ceremony on Juneteenth. It is scheduled to be displayed for two to three weeks before it is moved to Union Square, officials said.

Louis said her office is working with Carnabuci, ConfrontART and the We Are Floyd Foundation to repair the damage.

Floyd was killed by a Minneapolis police officer last May. His murder led to protests nationwide over racism and police brutality.