Talk about a bad hair day.

A picture of a deer with a strange eye condition known as corneal dermoids is making the internet squeamish and hoping they will one day hoof the strength to forget that the abnormality exists at all.

The image in question — worthy of haunting your scariest dreams — can be traced to a report of a “sick deer” made to the Tennessee Wildlife Resources Agency, reports CNET.

After the buck, a whitetail deer, was found dazed and bleeding in the Knoxville area in east Tennessee in August 2020, it was disposed of by animal control, but not before its head was sent for analysis to the Southeastern Cooperative Wildlife Disease Study unit (SCWDS) at the University of Georgia vet school.

Experts found that in addition to epizootic hemorrhagic disease, an infectious viral disease known to affect the whitetail population, the cornea of the deer’s eyes were covered in swirls of hair.

PHOTO: Snake eel bursts midair through stomach of heron that swallowed it

The report from the school’s examination broke down the cause of this horrific hairy eye.

“Corneal dermoids, as in the case of this deer, often contain elements of normal skin, including hair follicles, sweat glands, collagen, and fat. The masses generally are benign (noninvasive) and are congenital, likely resulting from an embryonal developmental defect,” explained the SCWDS’s official report, authored by Dr. Nicole Nemeth and research technician Michelle Willis. 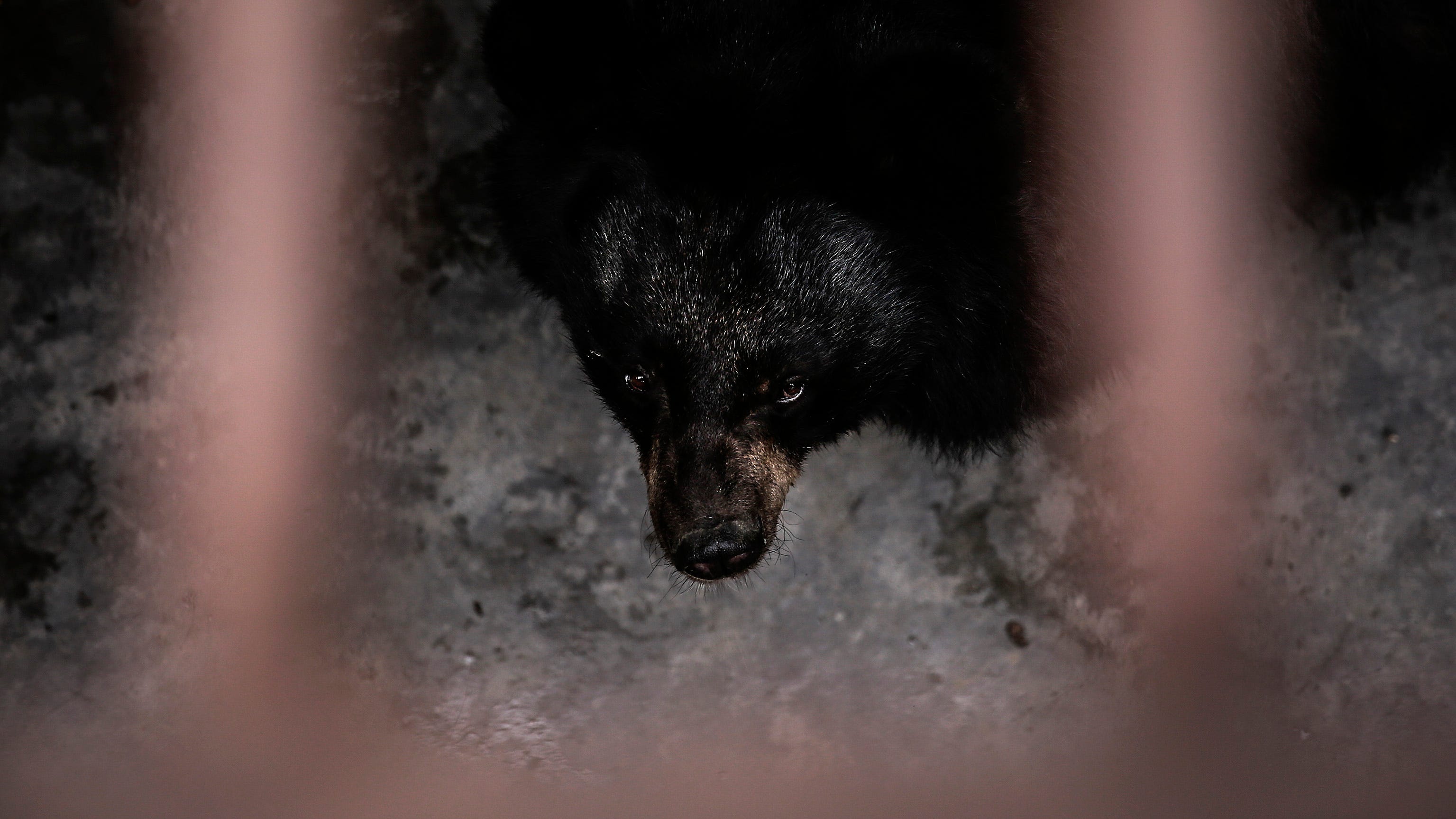 'I'm definitely going to look down in the hole next time': Woman survives outhouse encounter with bear

The deer’s vision was likely mostly obstructed by this gradual but progressively worsening condition.

“It maybe could tell day from dark, but I wouldn't think it would be able to see where it was going. I'd compare it to covering your eyes with a washcloth. You could tell day from night, but that's about it,” explained Sterling Daniels of the Tennessee Wildlife Resources Agency.

The deer was terrifyingly not the only one ever found with this condition, but thankfully only the second case documented.