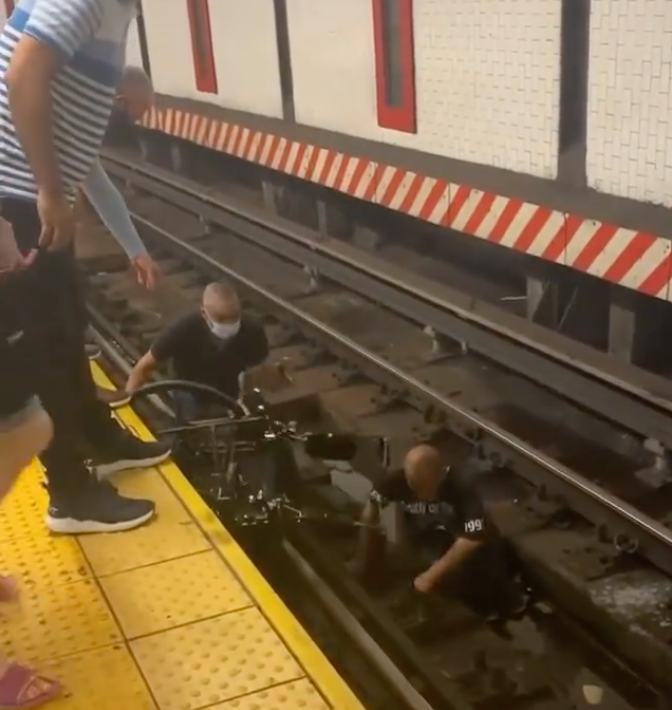 NEW YORK (1010 WINS) -- A man in a wheelchair was saved by a Good Samaritan after he fell onto the train tracks at a NYC subway station Wednesday afternoon.

This incident occurred just after 1 p.m. at the Union Square station in Manhattan.

This afternoon in Union Square a man in a wheelchair somehow ended up on the subway tracks. Luckily, a Good Samaritan jumped down and rescued the man about 10s before the train came into the station. Huge shoutout to whoever the guy is who jumped down to help! #subwaycreatures pic.twitter.com/Uhx2drg2NH

"I saw a commotion and ran over to see what was going on," Mennen told 1010 WINS.

The Good Samaritan managed to help the man and his wheelchair and himself back on the platform less than 30 seconds before a 6 train pulled into the station.