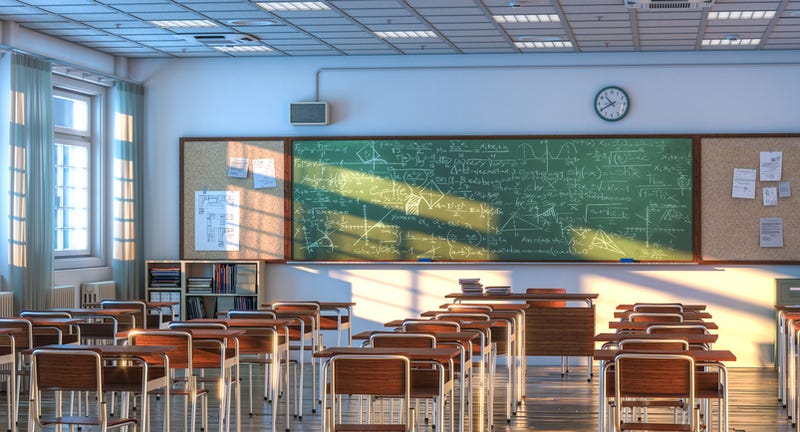 Schools around the country are struggling to find teachers, asking parents and members of the community to serve as substitute in dire classroom situations.

To help with the need in her own state, New Mexico Governor Michelle Lujan Grisham signed up to serve as a substitute teacher while launching an initiative asking other state workers and National Guard members to do the same.

The initiative asks those willing to become licensed volunteer substitute K-12 teachers and child care workers. According to her press secretary Nora Sackett, Lujan Grisham has already completed the registration and is ready to offer her services.

States are doing all they can to try and stop any school closures from happening, and this initiative is an effort to keep them open, the governor said.

The program will have volunteers who pass a mandatory background check complete online substitute teacher training and undergo a typical onboarding process.

The typical time frame for licensing has also been sped up under the program, taking only two days.

Governor Lujan Grisham is expected to be placed in an elementary school next week, she told CNN on Saturday. She added that there was no other choice to resolve the substitute teacher shortage.

"There aren't any other options," the governor said.

She also said the program's goal is to "keep schools open and to support educators, parents, and students through the worst of omicron."

If a school district asks for her to serve as a substitute, she says she will donate her services and not accept payment.

Several states have also had issues with putting teachers in classrooms. For example, in Oklahoma last week, the Moore Police Department had officers stepping in.

The department shared photos of officers stepping in to teach sixth grade on their Facebook page.

In New Mexico, almost 60 school districts have been forced to send kids back home for distance-learning because of positive COVID-19 cases among staff, the governor's office reported.

In New Mexico, Lujan Grisham is one of 100 civil servants to volunteer to teach at schools so far, along with 50 National Guard members and 50 state employees, she told CNN.

Now, schools throughout the state will get the chance to utilize volunteers through the program and hopefully remain in-person.