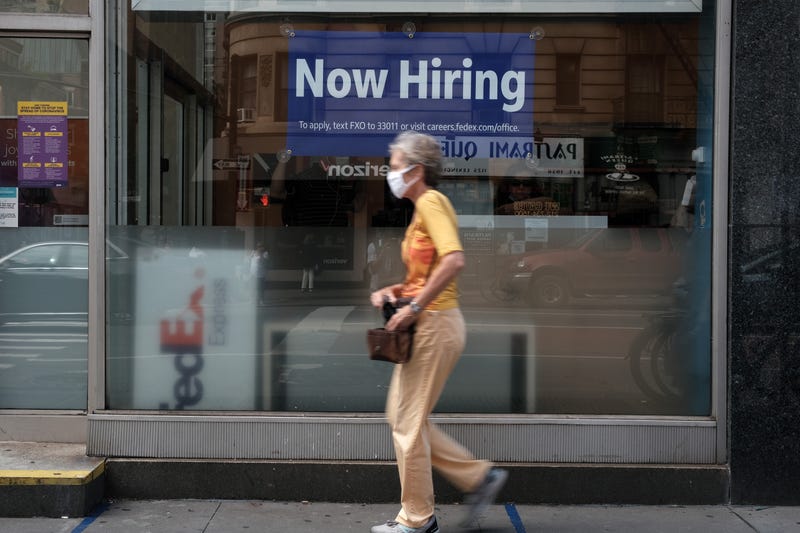 A hiring sign is displayed in a store window in Manhattan. Photo credit Spencer Platt/Getty Images
By Seth Lemon, 1080 KRLD

As the coronavirus pandemic continues, most workers in the U.S. said they don’t plan to keep their current job and are currently looking for another.

Bankrate’s August jobseeker survey published this week showed 55% of working Americans who are currently employed are looking to get a new gig within the following year. The survey sampled more than 2,400 people at the end of July.

“There have been a lot of epiphanies and reckonings that have occurred during the time with respect with how we’re prioritizing ultimately our values, and of course how work fits into that,” said Bankrate economic analyst Mark Hamrick.

Podcast Episode
The Ramsey Show
How Do I Budget With an Irregular Income? (Hour 2)
Listen Now
Now Playing
Now Playing

Unemployment dipped to 5.4% in July but remained higher than it was before the pandemic. Unemployment insurance claims also decreased, hitting a new low for the pandemic at 2.82 million.

On the other hand, the Bureau of Labor Statistics said that job openings had reached a record high at 10.1 million.

Roughly 56% of respondents said job flexibility was a top priority in their employment search, more important than higher salaries or job security even for workers making less than $30,000 annually.

“If there ever were a time for someone to be in a position to make a reasonable request of their employers, this would be the time,” said Hamrick.