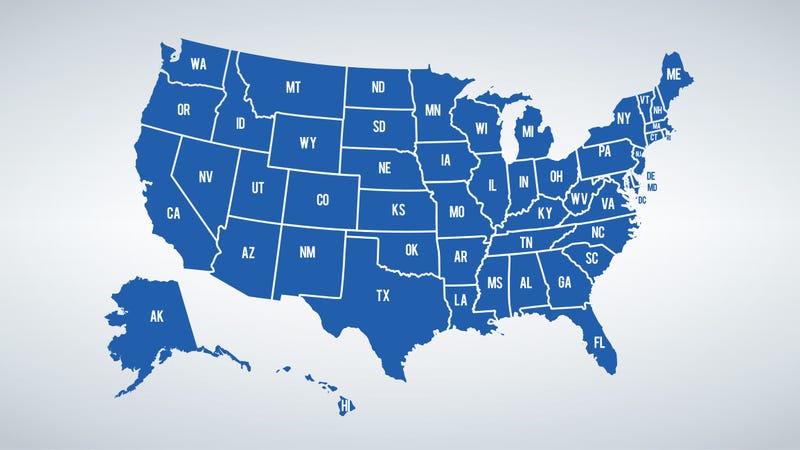 It’s important to live somewhere that makes you happy.

And if you happen to reside in Hawaii then you’re chances of being in a good mood are better than the rest of Americans, at least according to Wallet Hub.

To determine which state had the most joyous citizens, the organization compared all 50 states over 31 factors including income growth, rates of depression, commute time, and sports participation.

In some U.S. states, #happiness is more than a feeling — it’s a way of life. Here’s where you can live the good life: https://t.co/ddhlpfdqCT pic.twitter.com/MTPhOvNqHp

Although many of us may fantasize about lounging on one of its pristine beaches, it’s no surprise living in Hawaii is also pretty amazing, as residents of the Aloha State were found to be the happiest.

Utah was close behind in second, with the Land of 10,000 Lakes right behind as Minnesota came in third place.

Interestingly, the survey also found that residents of Utah worked the fewest hours a week, volunteered the most and had the lowest divorce rate.
Come thru Salt Lake City!

Next up is the most populous state, as Californians keep it golden in fourth, while New Jersey fist pumps its way to happiness to round out the top five.

New Yorkers aren’t doing too bad either, as the Empire State stands tall in 15th.

On the opposite end, the least happy states were Louisiana, Mississippi, Alaska, Arkansas and in dead least, West Virginia.

So, cheer up and start planning your move to Hawaii, but save your coins because the 50th state is also the most expensive.