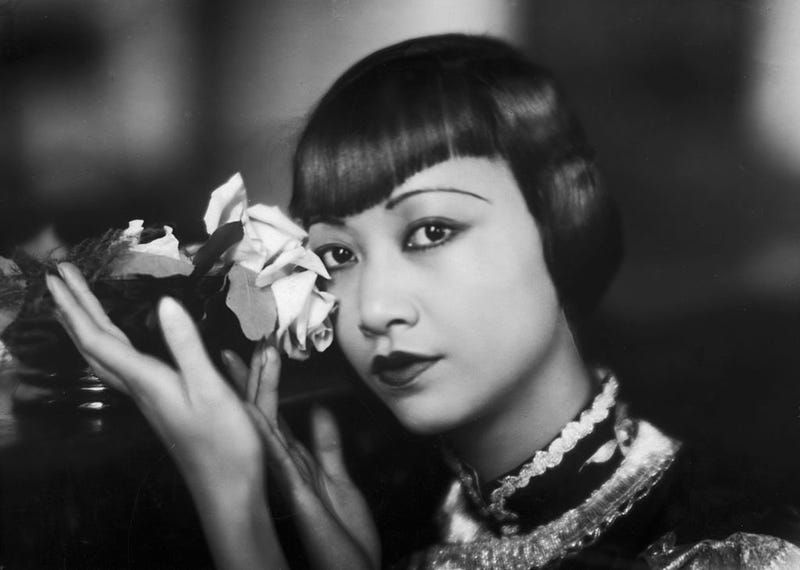 Anna May Wong, Hollywood's first Chinese-American star, is one of five women who will appear on U.S. quarters in 2022. Photo circa 1935. Photo credit Getty Images
By Lauren Barry, Audacy

Featuring these five exceptional U.S. women on currency is part of a four-year program to honor “trailblazing American women,” made possible through legislation passed last year, said the bureau of the Department of the Treasury in an October 6 announcement. There will be five different women depicted on the quarters every year from 2022 through 2025.

Women on the coins will be ethnically, racially and geographically diverse and they will come from a range of fields, including: suffrage, civil rights, abolition, government, humanities, science, space, and the arts, according to the United States Mint.

Diversity is apparent in the first group. Angelou was a Black poet, memoirist and civil rights activist; Ride was an astronaut and physicist who became the first woman in space; Mankiller was an activist, social worker, community developer and first woman elected as the Principal Chief of the Cherokee Nation; Otero-Warren was a Latina suffragette and Wong was the first Chinese-American Hollywood movie star.

“These inspiring coin designs tell the stories of five extraordinary women whose contributions are indelibly etched in American culture,” said United States Mint Acting Director Alison L. Doone. “Generations to come will look at coins bearing these designs and be reminded of what can be accomplished with vision, determination and a desire to improve opportunities for all.”

In the past, the mint has issued other limited-edition quarters, such as the 50 state quarters minted from 1999 through 2008 and the America the Beautiful quarters, which have been minted since 2010.

As of 2021, none of the general circulation U.S. coins or paper denominations of U.S. currency feature women, with most bearing the image of a U.S. president. Some women have been featured as part of the Native American $1-coin program, and there have been special edition $1 coins featuring Sacagawea and Susan B. Anthony.

In 2016, the U.S. Treasury Department announced that underground railroad conductor Harriet Tubman would replace slave-owning President Andrew Jackson on the $20 bill. However, it is not clear when the Tubman $20 bill will start appearing.