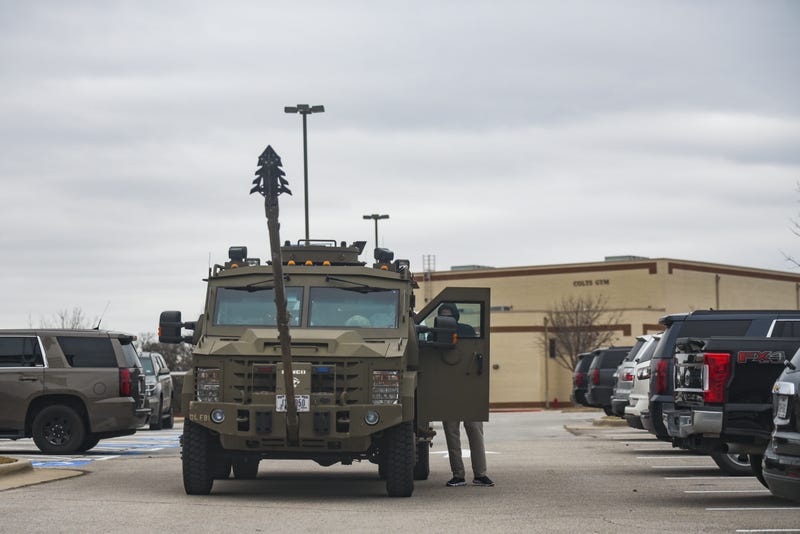 An armored truck is parked in the parking lot of Colleyville Middle School Texas. Police responded to a hostage situation at Beth Israel Congregation synagogue after reports of a man with a gun was holding hostages. Photo credit Emil Lippe/Getty Images
By Seth Lemon

Gov. Gregg Abbott tweeted all hostages had been freed safe and alive shortly after 9:30 p.m. local time. The man who took the people hostage died, according to the Associated Press.

The Post said the suspect had agreed to release four people if he was able to "speak with his 'sister.'" It's unknown how many people are inside. Jewish houses of worship hold services on Saturday, Shabbat or the Sabbath.

The hostage-taker is Muhammad Siddiqui, according to ABC News. The suspect's sister is believed to be Aafia Siddiqui, a known terrorist convicted of trying to kill FBI agents in 2010 and currently serving an 85-year prison sentence at Carswell Air Force Base outside Fort Worth.

Police said the situation "remains ongoing" in a post to social media, admonishing people nearby to avoid the area.

According to police, the SWAT operations were being conducted in the 6100 block of Pleasant Run Drive in Colleyville. Congregation Beth Israel, a synagogue, is listed at the address. The FBI was en-route to the scene late Saturday afternoon.

Authorities north of Fort Worth were negotiating with the man who took the hostages during services that were livestreamed on Facebook, according to the Fort Worth Star-Telegram. Both the Star-Telegram report and screenshots obtained by KRLD indicate that the man mentioned his sister and death during the livestream.

"Don't cry on the f******* phone with me," reporter Jessika Harkay recalled hearing on the stream. "There are hostages in the synagogue who are going to die," she reported the suspect said as the live stream pointed at a wall.

It is unclear if anyone is injured. The live recording captured also reportedly captured audio of what sounds like negotiations with police.

We are currently conducting SWAT operations around the 6100 block of Pleasant Run Rd. All residents in the immediate area are being evacuated. Please avoid the area.

Rabbi Charlie Cytron-Walker is believed to be one of the hostages in the building, KTVT reported. Hired in 2006, he is originally from Lansing, Mich., and a graduate of the University of Michigan, the station reported. He worked at Focus: HOPE, a civil and human rights organization in Detroit, and became assistant director of the Amherst Survival Center, which housed a food pantry to feed needy families, according to CBS DFW.

Homes in the area near the synagogue were evacuated Saturday evening as the situation continued to unfold, WFAA reported.

Praying for our neighbors and law enforcement officers in Colleyville. https://t.co/i2DAyEY8dc

Several Los Angeles-area police departments announced increased patrols around synagogues as the situation in Texas unfolded. The LAPD tweeted it had done so as a precautionary measure, while L.A. mayor Eric Garcetti said he was "sending prayers this Shabbat for a peaceful resolution."

We are here for the members of our Jewish community, and I am sending prayers this Shabbat for a peaceful resolution to the situation in Colleyville. https://t.co/IMAOc71EpH

The Beverly Hills Police Department announced Saturday it had also deployed extra police patrols around Jewish houses of worship throughout the city.

Due to the ongoing hostage situation at a synagogue in Texas and out of an abundance of caution, the Beverly Hills Police Department will be increasing patrols around our Jewish houses of worship. There is no threat to public safety in our community.

Lauren Barry and Andrew Greenstein contributed to this report. 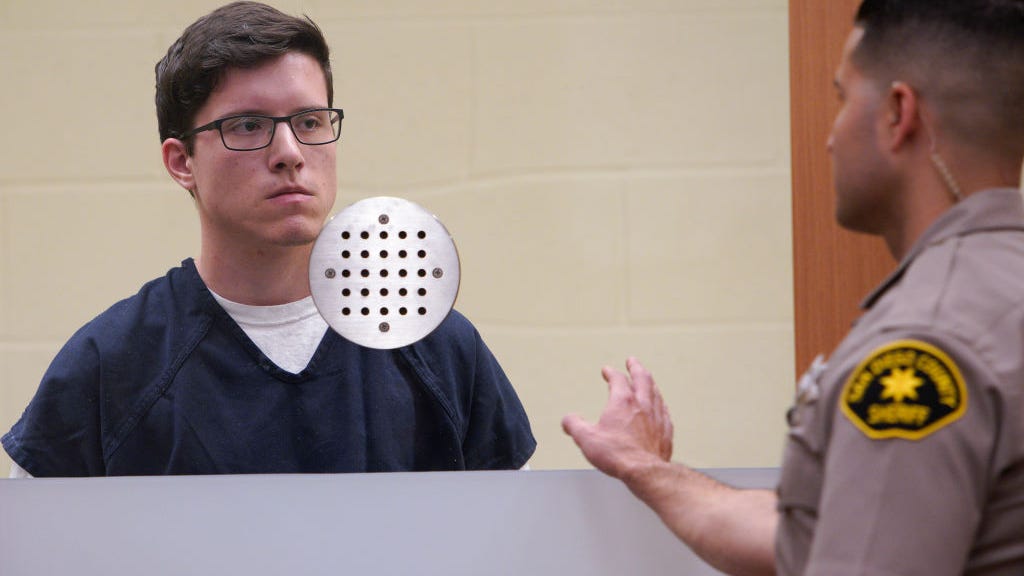 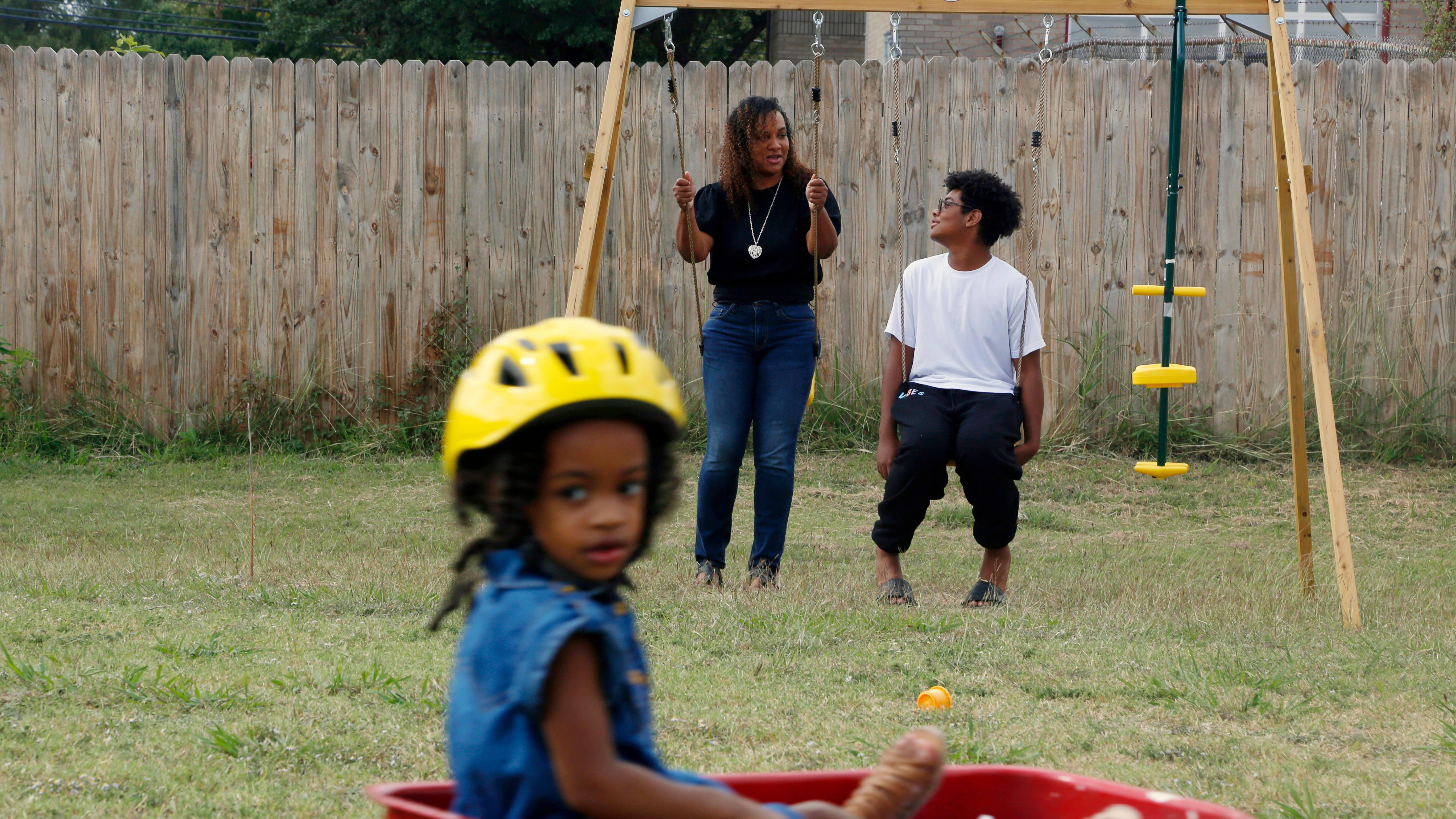 Texas day care gets reprieve after drilling plan is rejected