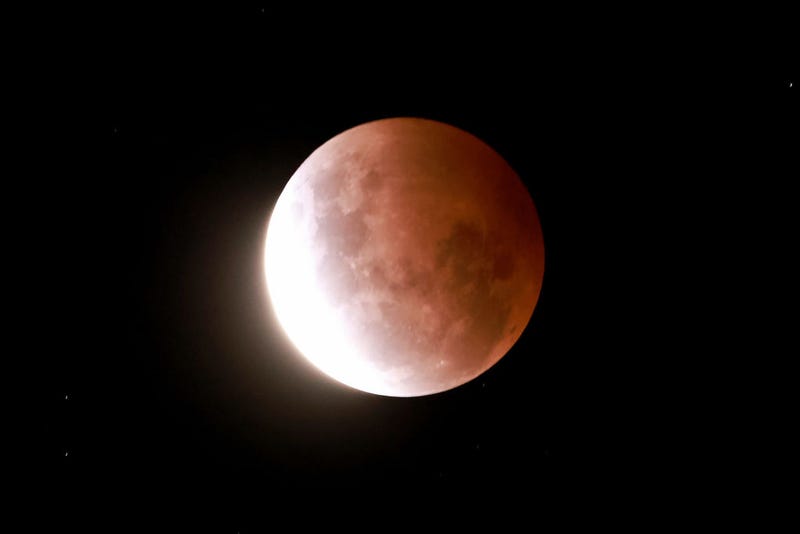 A total eclipse of a super moon beginning with a partial eclipse on May 26, 2021 in Auckland, New Zealand. (Photo by Phil Walter/Getty Images) Photo credit Getty Images
By Lauren Barry, WBBM

All of North America will have a chance to see an “almost total” lunar eclipse when the sun, Earth and moon align Friday morning, according to NASA.

Outside of North America, people in South America, Polynesia, eastern Australia, and northeastern Asia may also be able to see the eclipse. It will occur at 9:03 Universal Coordinated Time, NASA said.

Eclipse alert! This is a map of visibility for the November 18-19 partial lunar eclipse. This image is by astrophysicist Fred Espenak, who provided NASA's eclipse predictions from 1978 onward. 🌑🌎📸

When the sun, Earth, and moon align as they will Friday morning, the moon passes into the darkest part of Earth’s shadow, called the umbra. During this week’s eclipse, up to 99.1 percent of the moon’s disk will be within the umbra.

As the Moon enters the Earth’s penumbra – the outer part of the shadow – its light subtly begins to dim. Then, as the moon begins to enter Earth’s umbra the partial eclipse begins. This will look “like a bite is being taken out of the lunar disk,” said NASA.

Once 95 percent of the lunar disk falls into the umbra, the moon will appear to glow red.

Rayleigh scattering is behind the color change. Light travels in waves, and red light has a shorter wavelength than blue light. During a lunar eclipse, the moon turns red because sunlight has to pass through the Earth’s atmosphere before reaching the moon. Dust and clouds in the atmosphere will make the color more vivid.

“It’s as if all the world’s sunrises and sunsets are projected onto the moon,” NASA said.

According to The Washington Post, this type of eclipse is referred to as a “beaver moon” or a “blood moon” and Space.com said this one will be the longest partial eclipse in 580 years.

Peak times of the eclipse are the best time to see the red moon.
Sky-watchers should concentrate on the western part the constellation Taurus, which the moon will pass through during the eclipse.

“The color might be easier to see in binoculars or a telescope,” according to NASA. “Using a camera on a tripod with exposures of several seconds will bring out the color, at the expense of overexposing the lit part of the moon.”

Less than an hour after the peak of the eclipse, the entire lunar disk will be in the penumbra again. 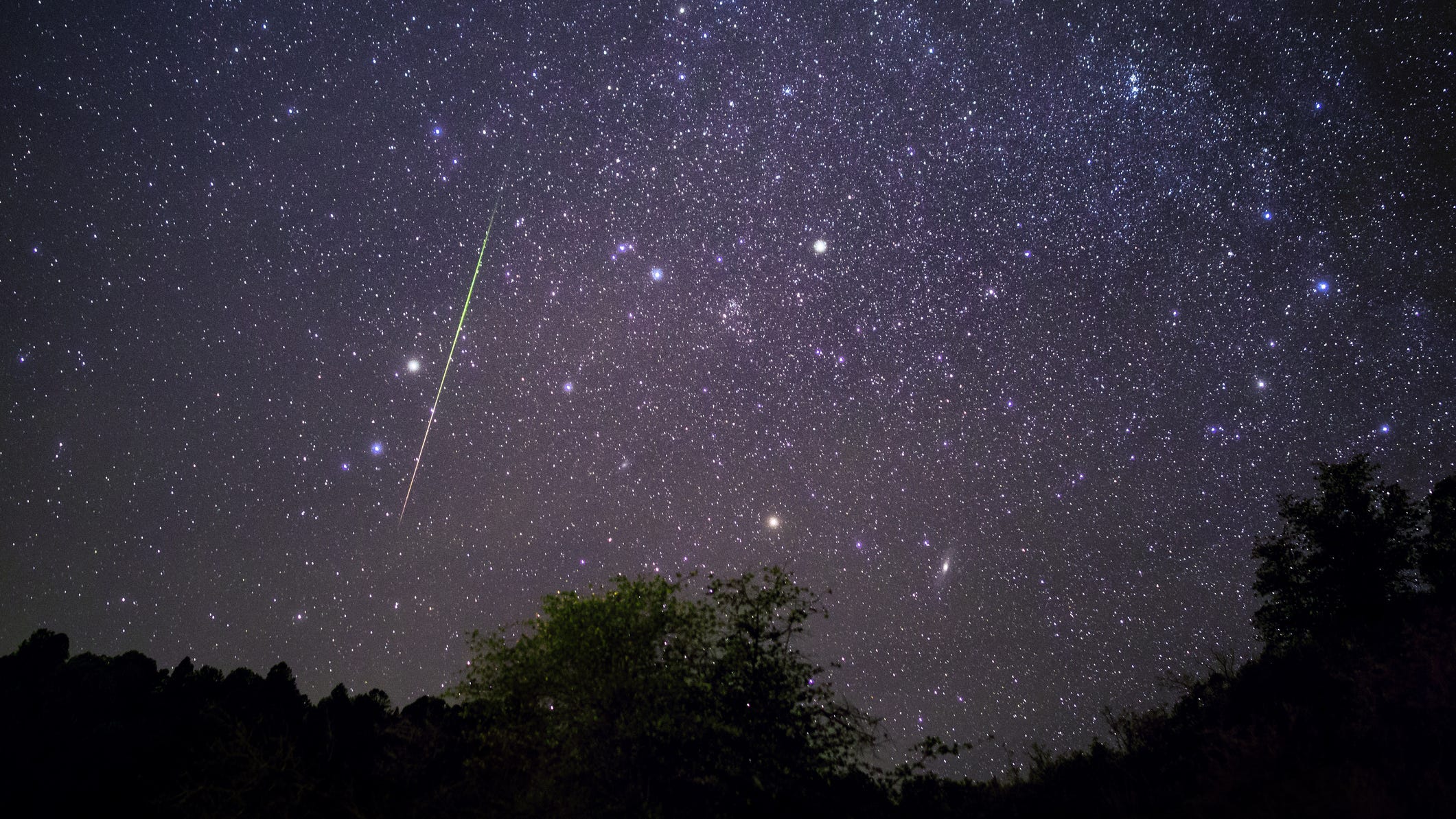 How to watch the Leonid Meteor Shower this month