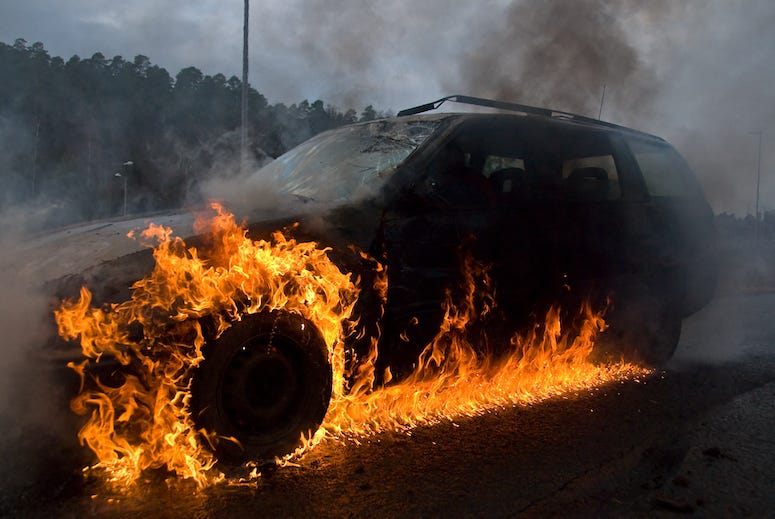 While the East Coast was amid a widespread gas shortage, many people were trying to hoard as much gas as possible.

A man in Homosassa, Florida was trying to take advantage of a local food mart’s supply of gasoline when he sent his Hummer bursting into flames, fire officials reported.

The man went to Texaco Food Mart to fill up four, five-gallon containers of the highly flammable fuel as a precautionary measure.

He put them in the back of his Hummer, and as soon as he pulled out of the gas station parking lot, his vehicle caught fire and quickly erupted into a massive blaze.

YIKES - Firefighters in Citrus County rushed to put out a Hummer that burst into flames shortly after a driver filled up several fuel containers at a Florida gas station.

Citrus County Fire Rescue crew rushed to the scene shortly after the car ignited. Firefighters were able to extinguish the fire in about 20 minutes, NY Post reports.

Photos taken at the scene show the extensive damage to the truck, with the doors barely attached and a piece of the bumper lying on the ground. 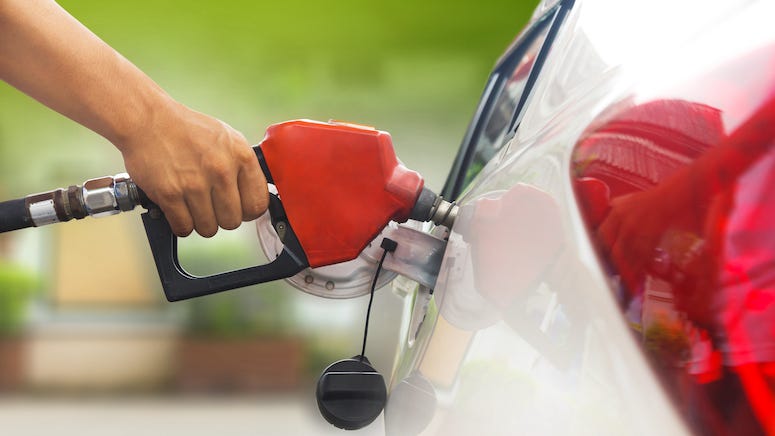 Safety agency warns to not put gasoline in plastic bags

Luckily, only one person was injured in the incident. That individual refused to be transported to a hospital. The Florida State Fire Marshal’s Office is currently investigating the official cause of the fire.

The recent uptik in gasoline hoarding comes after a series of cyberattacks on the Colonial Pipeline threatened the supply along the East Coast. People started to panic buy gas, causing prices to skyrocket nationwide.

On Wednesday, Colonial Pipeline announced they had resumed operations but that it would take several days for gas supplies to return to normal.