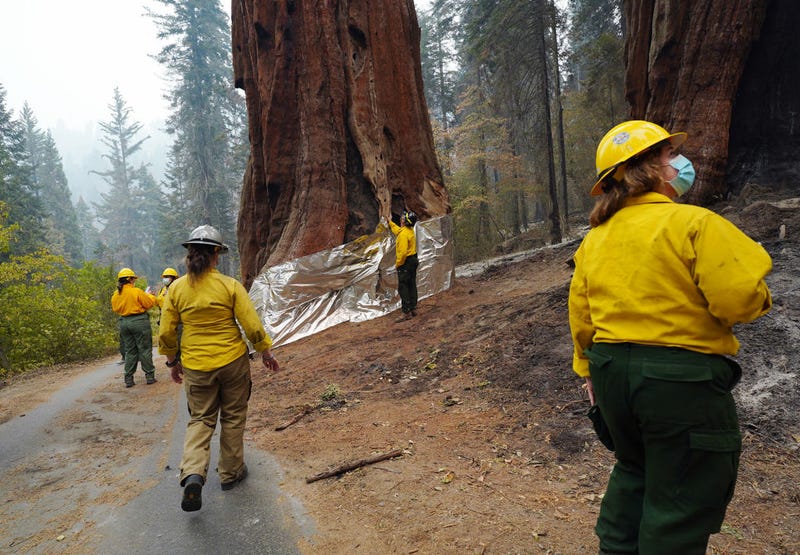 Hundreds of nature's true giants may be no more.

Giant sequoia trees, native only to small pockets of California, are the biggest trees on Earth. They're found along the western slopes of the Sierra Nevada – a place increasingly subject to intense wildfires year after year as climate change takes hold up and down the West Coast.

The KNP Complex Fire in Sequoia and Kings Canyon National Parks has threatened groves of giant sequoias as it approaches 90,000 acres burned. Crews even took the unprecedented step of covering the ancient trees in a specialized tin foil to protect the organisms from the powerful flames.

It appears efforts may have been in vain for 15 of those groves.

Two of them – Redwood Mountain and Castle Creek – look "to have been at least partially subjected to high-severity fire," Christy Brigham, chief of resources management and science for the parks, told the Los Angeles Times. The full extent of the fire damage won’t be known until crews can study the area, either by air or foot. 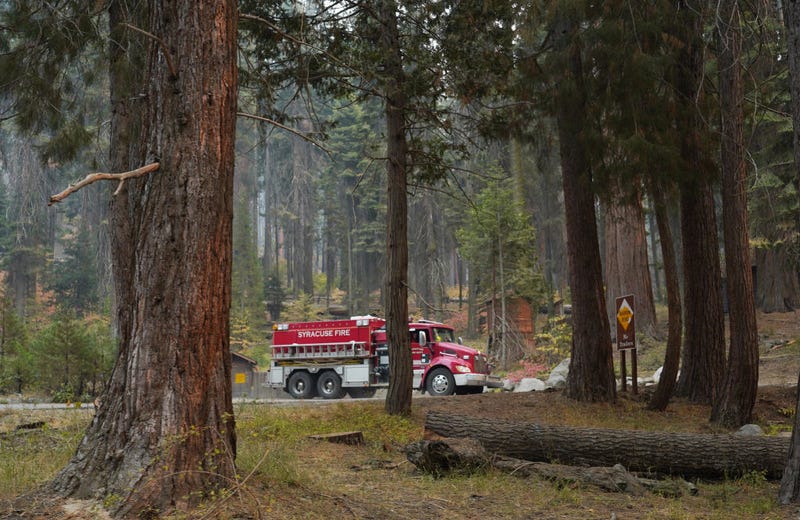 That survey isn't likely to happen until 2022, officials said, once "the fire is basically out cold and conditions allow them to get in there." The priority is treating still-threatened giant sequoia groves and protecting trees outside the fire's growing footprint, they added.

"Regarding the trees, there are some groves in the park that we suspect burned at high enough intensity to result in sequoia mortality, possibly for significant numbers of trees (hundreds)," park officials wrote in a Facebook post on Wednesday. 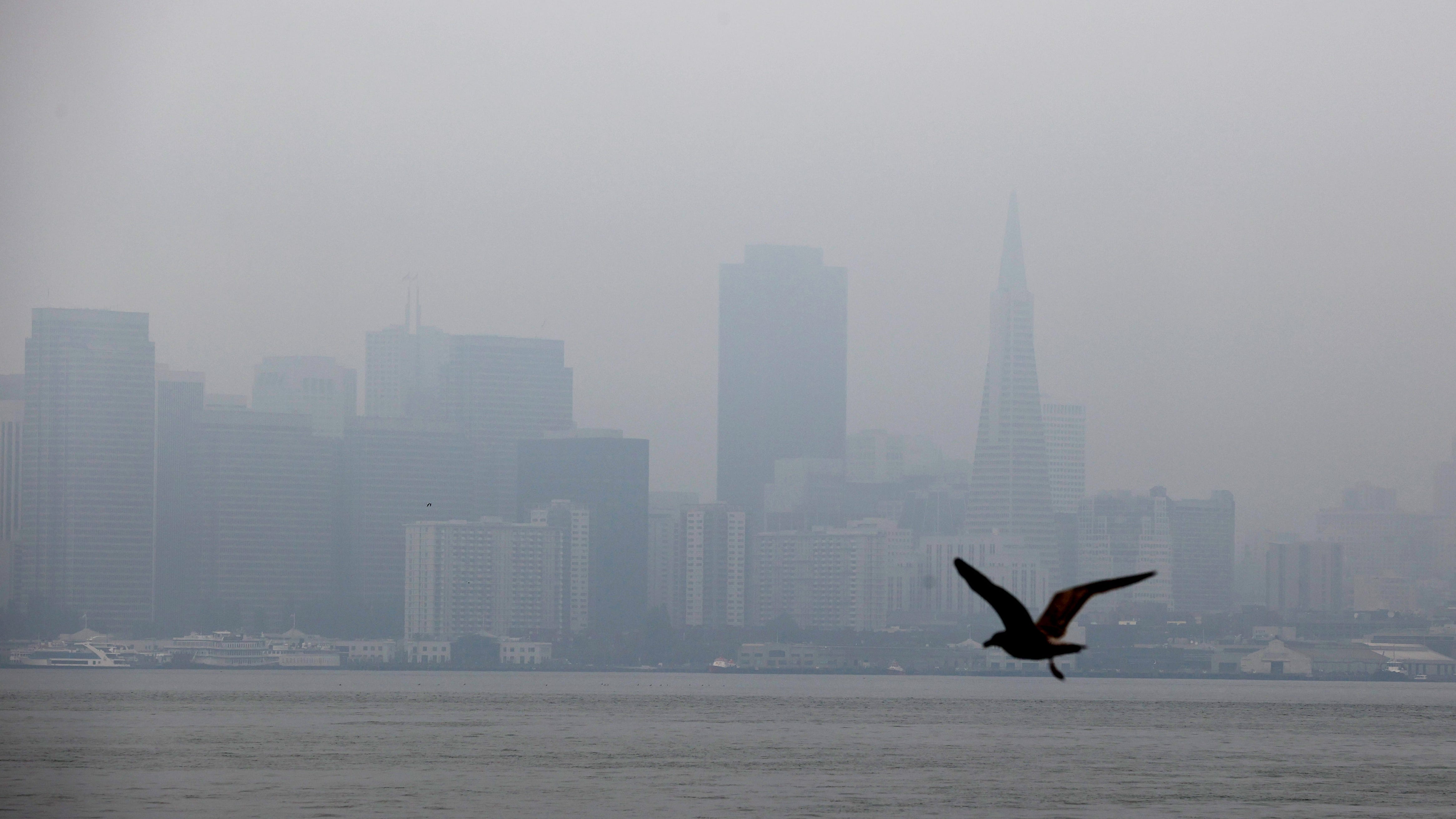 An estimated 2,000 firefighters have been assigned to the fire.

Earlier this week, four of those firefighters were seriously hurt when a tree fell on them. They were hospitalized with non-life-threatening injuries.