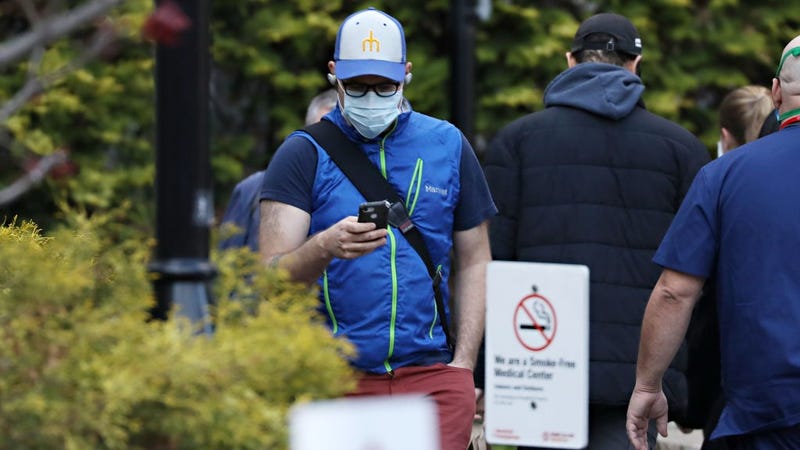 Tired of having to pull down your mask to unlock your iPhone with Face ID? Good news is on the way.

Apple launched the first developer beta for iOS 15.4, just days after rolling out iOS 15.3 for all users, that tests new features, including the ability to use Face ID while wearing a mask.

"Face ID is most accurate when it’s set up for full-face recognition only," Apple said. "To use Face ID while wearing a mask, iPhone can recognize the unique features around the eye to authenticate.”

Currently, the only way to unlock an iPhone by using Face ID and wearing a mask involves owning an Apple Watch. Since iPhones have an option to unlock the phone with an Apple Watch, users can wake their iPhone by glancing at the screen to unlock.

The iOS 15.4 update would allow users to unlock their iPhones while wearing a mask without an Apple Watch.

Once the update is available to all users, people will have to switch the option on manually. In the settings, under the Face ID & Passcode section, you'll have to select the "Use Face ID with a mask option." This feature still works for users wearing glasses, but you'd need to remove your sunglasses.

Other new features in the developer beta include the ability to copy text from objects using the iPhone camera in the Notes or Reminders apps, and the option to add notes to iCloud Keychain passwords.

Arguably the most important new feature will be dozens of new emojis.

Apple has not said yet when the new features will be made available to all users.