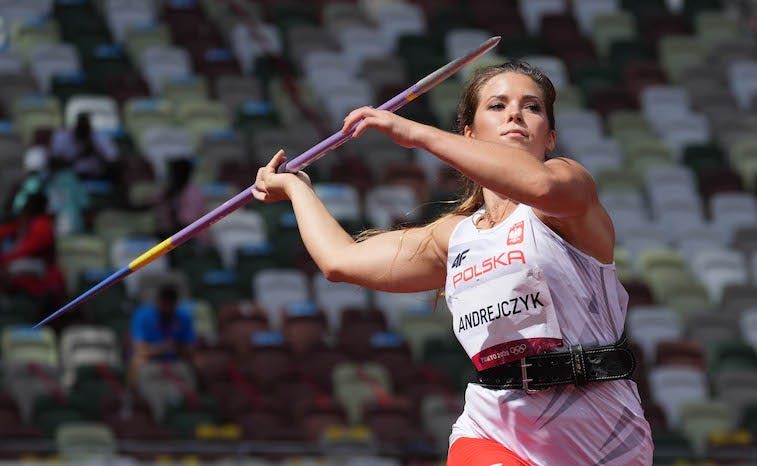 Earlier this month, Polish javelin thrower Maria Andrejczyk won the silver medal at the Tokyo Olympics. Shortly after winning, Andrejczyk announced that she would be auctioning off her medal in order to fund a heart surgery or an eight-month old baby.

In a Facebook post, Andrejcyzk explained that surgery is the last resort for eight-month-old Miłoszek Małysa, as there are no other options for him in Poland.

"I didn't spend long thinking about this, it was the first fundraiser I came across and I knew it was the right one," Andrejczyk wrote.

The baby's mother said there are no viable options to help the infant in their home country, Poland, and Małysa's last hope is the life-saving surgery in Stanford, California.

The Polish supermarket chain Żabka won the auction, and soon after announced that they would not actually be accepting the medal, and returned it back to Andrejczyk.

The company wrote on Facebook, "We were moved by the beautiful and extremely noble gesture of our Olympian. Therefore, we decided to support the collection of funds for the sick Miłoszek. We also decided that the silver medal from Tokyo will remain with Mrs. Maria, who showed how great she is."

According to CNN, Andrejczyk had previous missed out on an Olympic medal at the 2016 Rio Games by only two centimeters.