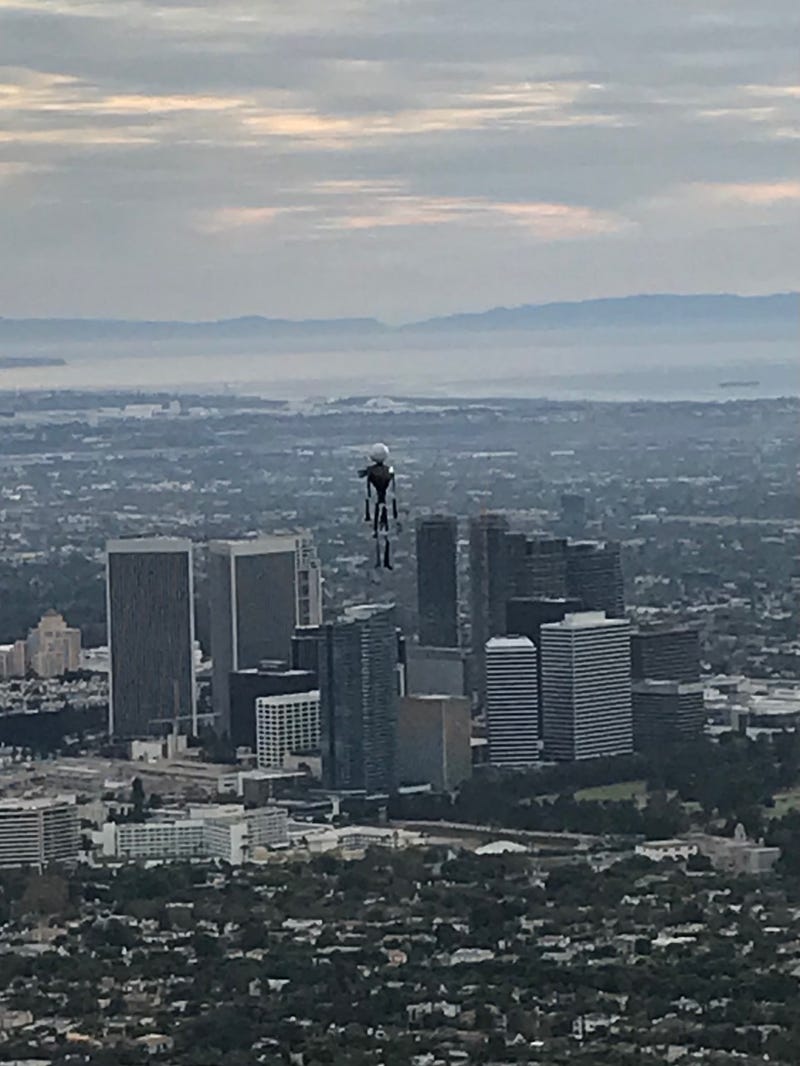 Following multiple reports of pilots spotting what they believed to be people riding jet packs in the air near Los Angeles International Airport, Los Angeles police have released a video that may offer some explanation.

Both the FBI and the Federal Aviation Administration have said they believe it is possible pilots actually saw human-shaped balloons floating in the air. Podcast Episode
Stuff They Don't Want You To Know
Listener Mail: A Suspected Serial Killer on I-80, UFOs, and the Right to Repair
Listen Now
Now Playing
Now Playing

The LAPD released a video on Tuesday that seemingly backed up the feds’ theories. Taken in November 2020, it appears to show a balloon or inflatable toy in the shape of a person floating high above L.A.

It is believed the balloon looks like the character Jack Skellington from the Disney animated feature A Nightmare Before Christmas.

There have been four reported sightings of “jet pack men.”

In August 2020, an American Airlines pilot and Southwest Airlines pilot both radioed air-traffic control claiming to have seen someone flying in a jet pack. In October of last year, a China Airlines crew member reported a similar sighting. Two months later, a video purporting to show a person flying with a jet pack was captured in the Palos Verdes area.

The latest sighting was reported in July, when a pilot radioed LAX air-traffic controllers to report an object that “might have resembled a jet pack” at an altitude of 5,000 feet.

“The FAA has worked closely with the FBI to investigate every reported jetpack sighting. So far, none of these sightings have been verified,” an FAA spokesperson told KTLA on Tuesday.