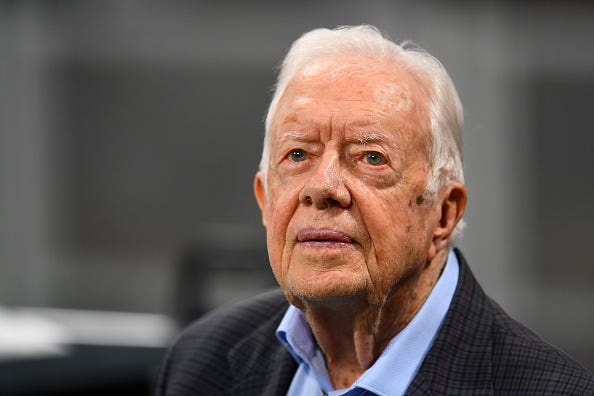 Jimmy Carter has been hospitalized to reduce pressure on his brain, The Carter Center said on Monday night.

The 95-year-old former president was admitted to Atlanta's Emory University Hospital and will undergo an operation on Tuesday.

His recent falls caused pressure on his brain, The Carter Center said in a tweet. The oldest-living president suffered two falls this year, one in the spring, and one just last month.

“President Carter is resting comfortably, and his wife, Rosalynn, is with him,” said the statement.