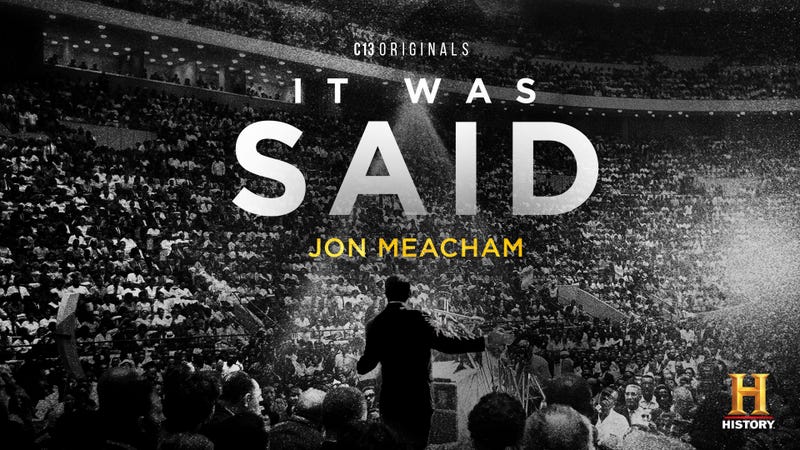 Following his previous podcast project, "Hope, Through History," comes this new podcast documentary series that highlights some of the most important, impactful, and relevant speeches throughout history.

Meacham aims to offer insight and analysis surrounding their origins, the people giving the speeches, the context of the speeches, what makes them relevant today, and the importance of remembering them.

Each episodes draws from top historians, authors, and journalists to derive relevance from each speech.

"At a time when we're all looking for beacons of hope, it's incredibly cogent and even comforting to revisit some of the most moving speeches born from other indelible moments in our collective history," said Mark Garner, executive vice president of Global Content Licensing for A+E Networks.

According to Meacham, "Words matter, and I'm honored to have the opportunity to work again with the terrific team at Cadence13 to bring some of the most important speeches and moments in history to life again."

“When the moment comes that we can look back on 2020, we’ll look to great speeches and leaders that helped guide us through the challenges and opportunities we faced, just as we do with these historic speeches,” said Chris Corcoran, Chief Content Officer, Cadence13 and EP of the franchise.

“Having Jon Meacham guide us through the words and context of these speeches, along with the collaboration of HISTORY, is exactly the type of meaningful content we are passionate to create at C13," he continued.

The first two episodes of season 1's 10-part series launch on September 2. Listen to "It Was Said" on the RADIO.COM app.