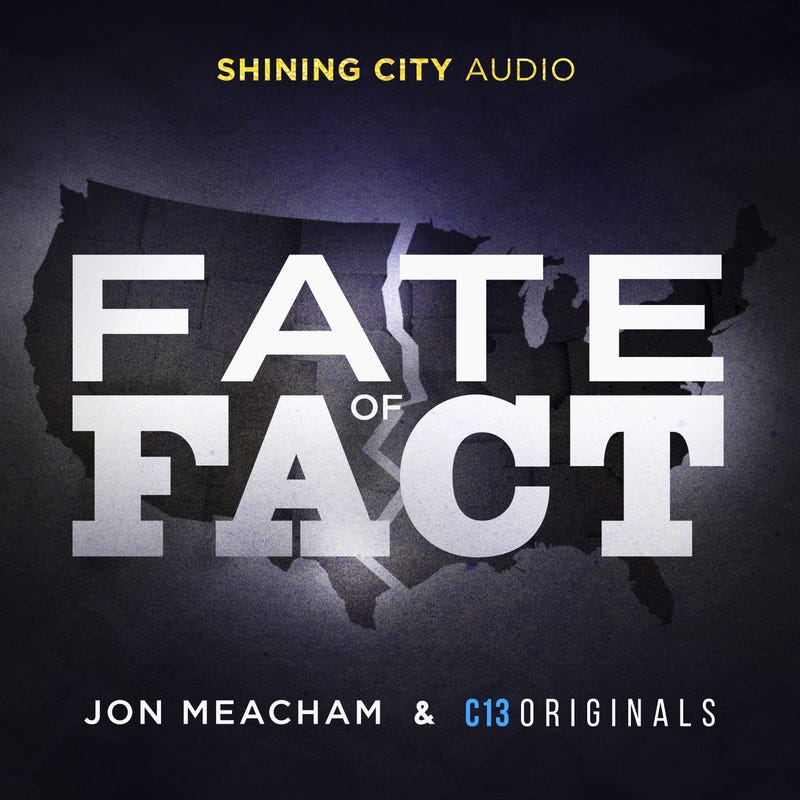 Pulitzer Prize-winning historian Jon Meacham announced today that he would be launching his own podcast studio with Audacy's Cadence13 - including a new show that dives into the power of disinformation.

The studio, Shining City Audio, will feature a slate of audio documentaries as well as series that focus on the history of our country.

Following in the footsteps of "It Was Said" and "Hope Through History" comes two additional shows hosted by Meacham and focusing on historical ties to present-day issues.

"Fate of Fact" will launch first on April 28, examining the question of why so many conservative Americans have fallen victim to disinformation and "anti-democratic narratives." New episodes will be available every Wednesday through May 26th.

Additionally, Shining City Audio has partnered with Dr. Eddie S. Glaude Jr. for "History Is Us."

The limited-run series aims to unpack the power of fear over truth and how disinformation has shaped the politics of the United States - all leading up to the election of former President Donald Trump and the insurrection of the January 6 Captiol riots.

Of the new podcast studio, Meacham said, "I’m honored to be part of the Cadence13 team. Our mission is straightforward: To use this amazing genre of storytelling to try to shed light in a public arena where it’s easier—and more common—to generate heat. The issues are so important—race, power, wealth, truth itself. Here’s hoping we can be a place where listeners will find perspectives they might not have expected—points of view and angles of vision that will help in the work of being engaged and, ideally, enlightened citizens at a difficult hour in the life of the nation."

“Jon has been an incredible partner within the Cadence13 family, and the work that we’ve already created together is something that we’re very proud of,” said Chris Corcoran, Chief Content Officer, Cadence13 and Executive Producer, Shining City Audio.

He continued, “We’re honored to be able to deepen our relationship with Jon and create this amazing new imprint together with the continued objective of connecting listeners with history. Having Dr. Eddie Glaude and Coach Doc Rivers join us for this new imprint is beyond special, and we can’t wait to all get to work on building something historic together.”

For more from Jon Meacham, listen to the trailer for "Fate of Fact" on Audacy.