With the global pandemic causing a rise in takeout and delivery orders, KFC is giving fans a deal so they can enjoy their delicious poultry at no extra cost.

The fast-food chain has announced they are offering free delivery across the country on all orders placed through their website or by using GrubHub or Seamless.

Howdy, Folks! Starting March 14 - April 26, we'll be offering FREE DELIVERY on https://t.co/h4LE81OR5v, making it easier for everyone to enjoy my world famous fried chicken from home. Or order ahead for pick up so you can skip that line. Terms apply at https://t.co/krmxGqiPpq pic.twitter.com/6FGbnF5lNa

The promotion is good from now until April 26th and requires that you spend at least $12 on Original Recipe, Extra Crispy, a Fried Chicken and Donut Sandwich or any other of their menu items.

In addition, anyone who would rather pick up their meal can order through the KFC website and obtain their food in the restaurant from the designated area at the front counter.

The promotion comes as many states and cities have banned eating inside restaurants to help curtail the spread of COVID-19 and relegated eateries to only allowing takeout and delivery. 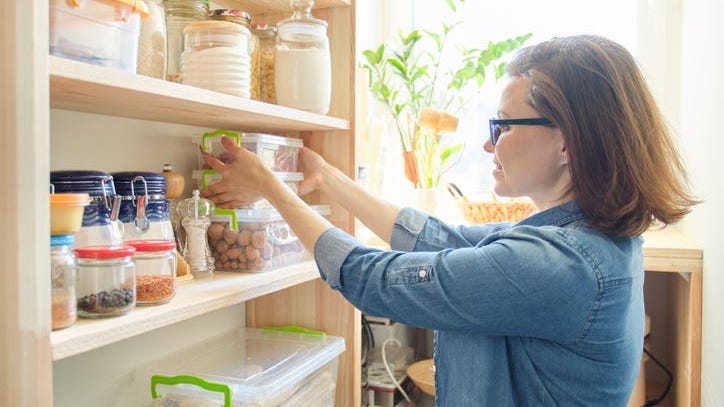 Coronavirus Grocery List: 11 Foods to Stock Up On for a Quarantine

In response to the coronavirus outbreak, KFC previously announced it had temporarily suspended using their iconic tagline “finger lickin’ good” in order to promote best health practices during the crisis.

"It doesn’t feel like the right time to be airing this campaign, so we’ve decided to pause it for now -– but we’re really proud of it and look forward to bringing it back at a later date," a KFC spokesperson said.

To protect yourself from contracting the virus, the CDC recommends washing your hands for at least 20 seconds using soap and water, using hand sanitizer with at least 60% alcohol and refraining from touching your eyes, nose and mouth with unwashed hands.