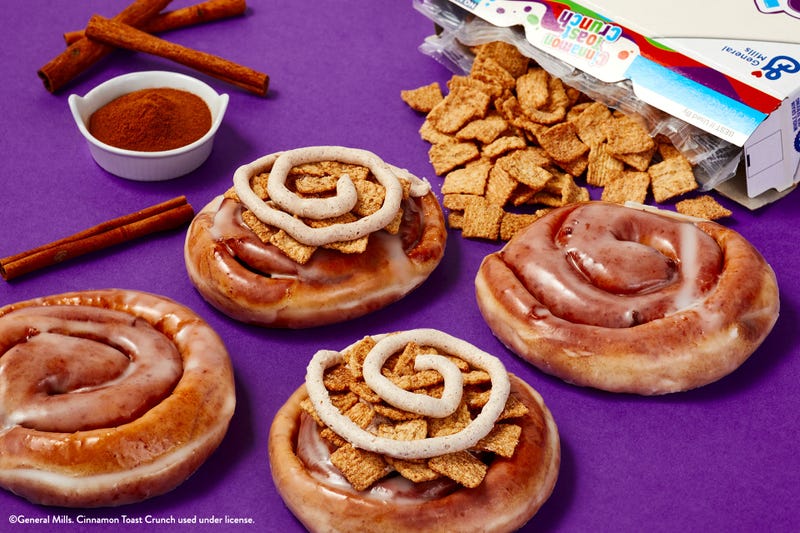 Make way, doughnuts -- The Krispy Kreme menu is getting a cinnamon-y upgrade !

While the chain is best known for their delicious original glazed doughnuts, it’s hoping to shake things up with the addition of two new cinnamon rolls.

Fans can indulge in the original, or, if they’re feeling a bit more adventurous, opt for the Cinnamon Toast Crunch version, which is the chain’s sweet take on a timeless classic.

The Original Glazed Cinnamon Roll is made with yeast-raised dough that’s hand-rolled with cinnamon and topped with iconic original glaze. 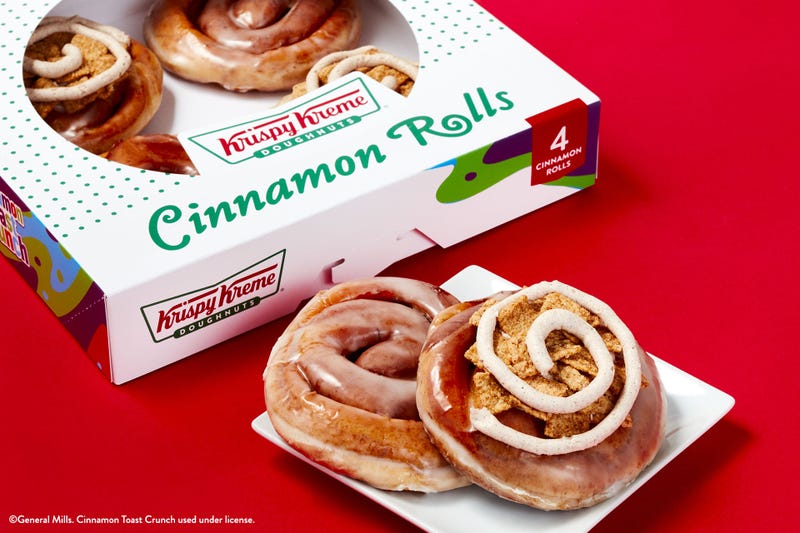 “These are exceptional and unique cinnamon rolls. Light and airy, covered in our one and only Original Glaze and topped with Cinnamon Toast Crunch, these are the best cinnamon rolls you’ll ever taste,” Dave Skena, Chief Marketing Officer for Krispy Kreme, said in the press release.

Both are available individually or in a four-pack beginning September 27. You can get them online and in-store at select locations for limited-time through October 10.

The chain will also be celebrating National Coffee Day! On September 29, Rewards Members can get a free brewed coffee and doughnut of their choice (no purchase necessary.) 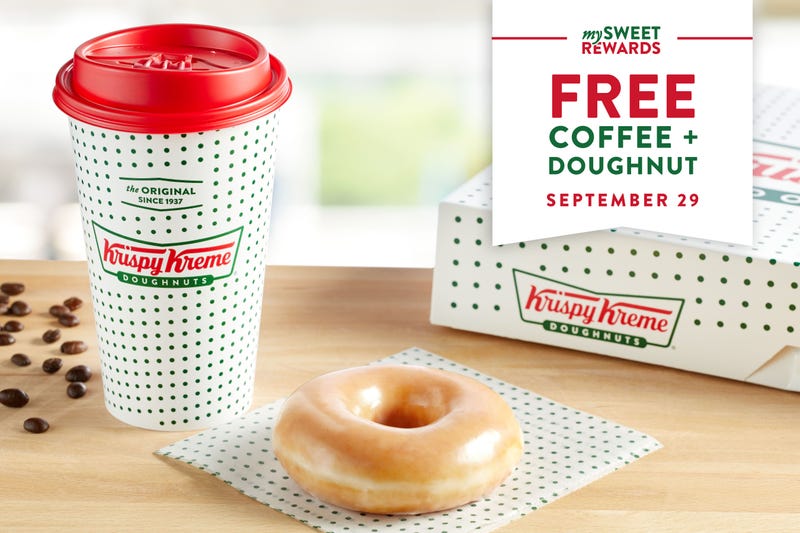 “Our Rewards members are the best, so we’re treating them to the best National Coffee Day deal: a delicious brewed coffee and an amazing doughnut of their choice – both for free,” Skena said.

Krispy Kreme recently wrapped up the release of its fall treats, which included a variety of pumpkin, maple, and apple cider flavors!