A delay in receiving unemployment benefits led to a Nevada man being forced to live on the streets.

Terrance Matthews, a resident of Las Vegas, was approved to begin getting Pandemic Unemployment Assistance (PUA), but weeks went by without receiving any money and he could no longer could afford to pay rent.

Newly homeless, Matthews’ dire situation motivated him to share a video to social media alerting people to his plight.

“I just wanted to express what I was going through,” Matthews told KTNV.

His video got the attention of the local Las Vegas community who rallied to lend Matthews emotional and financial support.

“All of sudden, people just started coming on there, saying ‘God Bless You’ or ‘Do you need food?' or different things like that,” he said.

One good Samaritan even paid for Matthews to stay in a hotel for a few nights.

The assistance and generosity of strangers overwhelmed Matthews with gratitude.

“I believe in miracles and all these people that helped me are heroes. It was really a miracle and it touched my heart,” Matthews added. 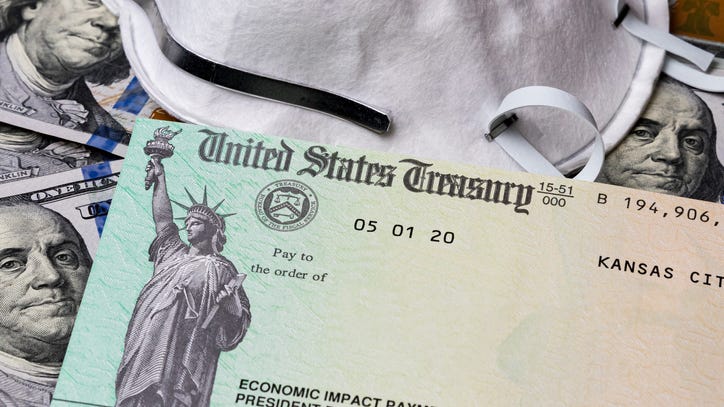 While still waiting for his unemployment payments, Matthews shared a message to Nevada Governor Steve Sisolak on behalf of himself and others in the similar situation.

With millions still out of work, the $600 weekly enhanced unemployment benefits jobless Americans are currently receiving are set to expire on July 31.

Chatter has once again picked up about the prospects of a second wave of COVID-19 relief following President Donald Trump's remarks about a new stimulus bill in a recent interview.

“Yeah, we are,” Trump said when asked if he’s working on providing more aid.

While Trump didn’t specify the amount that Americans can expect, he added that the relief bill would be “very generous.”

Despite the president’s statements, there have been no official negotiations on another stimulus package.