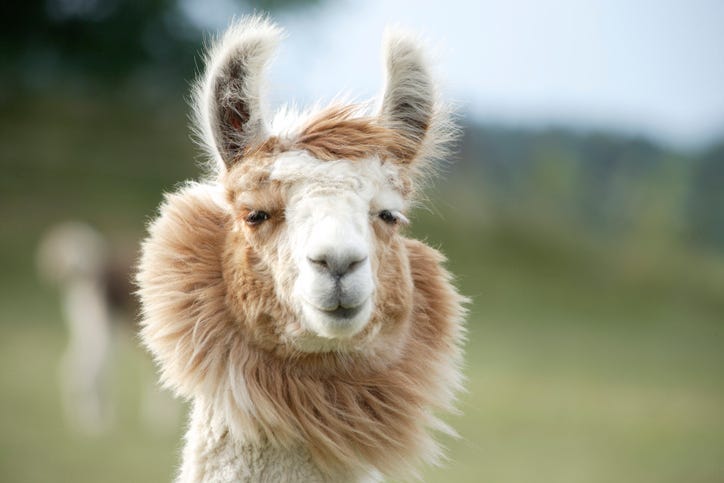 Bringing a date to a wedding can be awkward, especially if your plus one is a llama.

But while Mendl Weinstock’s companion to his older sister Riva’s wedding was unusual, it was something he told her he would do five years earlier.

During a road trip in 2015, Mendl promised his then 17-year-old sibling that he would one day bring a llama to her future nuptials.

"She was talking about her wedding, planning it, making plans almost as if it was going to happen the next day even though she wasn't dating anybody at the time," Mendl told CNN.

"I said, 'If you make me come to this wedding, I'm going to bring a llama with me," he added. "It was just the first thing that popped into my head."

At the time, Riva didn’t think Mendl was serious and since he wouldn't let it go she relented and said, "I give up. The llama is invited to the wedding."

Years later, Riva got engaged and Mendl began putting his plan in action to secure a llama as his date.

He ended up renting a llama named Shockey for $400 from a nearby farm. And to make sure he was dressed to the nines, Mendl even had a custom tuxedo made for him.

After making his grand entrance at the ceremony with Shockey, Riva’s reaction was priceless.

"I was not too thrilled,” she said.

Eventually, Riva warmed up to the idea and took photos alongside her new family friend. After Mendl posted a snap on Reddit, the post quickly went viral with over 150K upvotes.

"It was so worth it. I mean it was worth it just to see her reaction,” Mendl said. “But it's been more worth it now that I've gotten all this internet fame.”

While Riva wound up enjoying partying with her unconventional wedding guest, she’s already working on paying her little brother back.

"I've definitely started planning my revenge," Riva said. "He should sleep with one eye open."