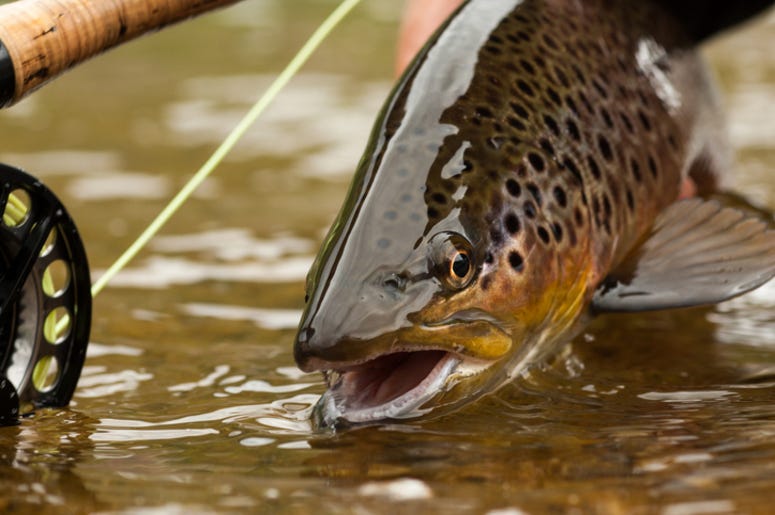 Usually when someone breaks a world record, they want the world to know. However, a man who recently caught a record-breaking fish wanted to keep his identity hidden — until now.

Seamus Petrie of New Zealand recently caught a record-breaking brown trout that weighed in at over 44 pounds, and the fish is so large most don’t believe the fish in the photo is real.

The fish was actually caught in October 2020, but was just recently certified by The International Game Fish Association.

After catching the fish, the man had it taxidermied and hung on the wall at a local bar. Photos of Petrie with his record catch were recently shared online and many began questioning if the fish was real or not.

According to brobible, the record breaking fish was 44 lb 5 oz and caught in the Ohau Canal in Twizel, New Zealand.

It is unknown if the fisherman has any other plans for his massive catch.

Hopefully he gets a few free drinks at the bar the fish was donated to.