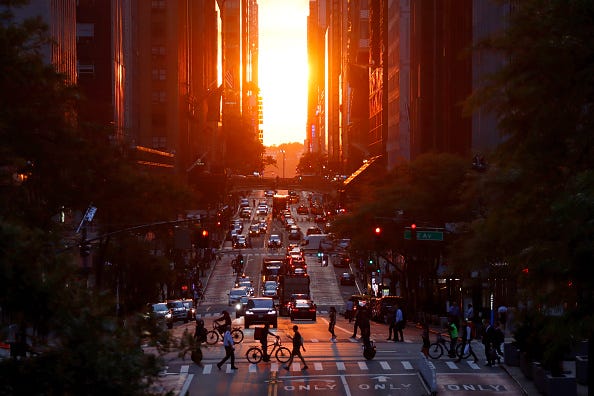 This follows record demand as New Yorkers pour into the city looking for a new apartment to rent, whether it’s with their partner, alone or with random housemates. These newcomers poured into the city following the pandemic as schools and workplaces opened up and even remote workers from out of town moved to the city.

Meanwhile, average rents also reached a record of $4,975, just a tad under $5,000 a month. With newcomers, lease signings rise and the listing inventory of units plummet, dropping nearly 70% in a year-to-year drop.

“As soon as an apartment is posted online, you’re basically done,” Eden Tuckman, a 23-year-old sales agent at Keller Williams NYC, told the New York Post. “Adding that even when quickly emailing to schedule a viewing for it, there’s already another applicant.”

Tuckmen spent the last few months looking for a two-bedroom apartment in Manhattan around Grand Central with her roommate. Both are willing to spend around $3,600 on the apartment but have had to make sacrifices. They are now fine without having a dishwasher or laundry in the building and walking up to the sixth floor.

“It’s a game at the end of the day, which is really unfortunate because it’s a house,” Tuckman said. “People need a place to live and yet nothing’s helping.”

Bidding wars are now highly present in the rental scene where people are fighting to grab a place. In Manhattan, nearly 18% of the 5,000 units that were rented last month entered a bidding war.

More bidding wars are sure to come this summer, the apartment market's busiest season.