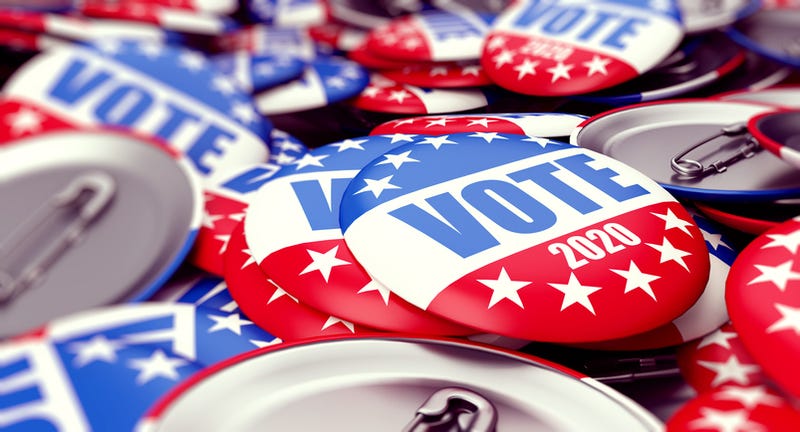 Joe Biden won the Democratic primary in Michigan making him the candidate with the most delegates. The former Vice President also won in Mississippi and Missouri, and Idaho.

Hawaii Rep. Tulsi Gabbard is still in the race, despite only winning two total delegates.

While there will also be a Republican primary race in five states tongiht, they are all expected to be won by President Donald Trump. Eyes will mainly be on the contests between the Democratic frontrunners.

Here is a breakdown by state of the 352 delegates that are up for grabs in tonight's votes.

Winners of Idaho stand to win 20 delegates. Sanders has his eye on the northwestern state, residing in a region where he's performed well, per his wins in Colorado and Utah.

Michigan will be the biggest and most fateful victory of the night with 125 delegates. In 2016, Sanders gained a crucial primary win when he took the state against then-opponent Hillary Clinton. But after Biden's surging performance last week, it's uncertain whether Bernie can recreate his last presidential campaign's magic.

Mississippi, a state with a large African-American population, has 36 delegates up for grabs. Based on Biden's South Carolina win, Mississippi may be a struggle for Bernie to take.

Missouri has a not-insignificant 68 delegates up for grabs, the third-highest of tonight's participating states. While Biden took surrounding states Tennessee, Arkansas and Tennessee last week, Missouri contains metro areas that could skew towards Bernie.

North Dakota will be the least consequential of tonight's primaries, with just 14 delegates.

Washington will be closely watched by candidates and voters alike tonight. With 89 delegates to its name, it will be the second biggest win of the evening.