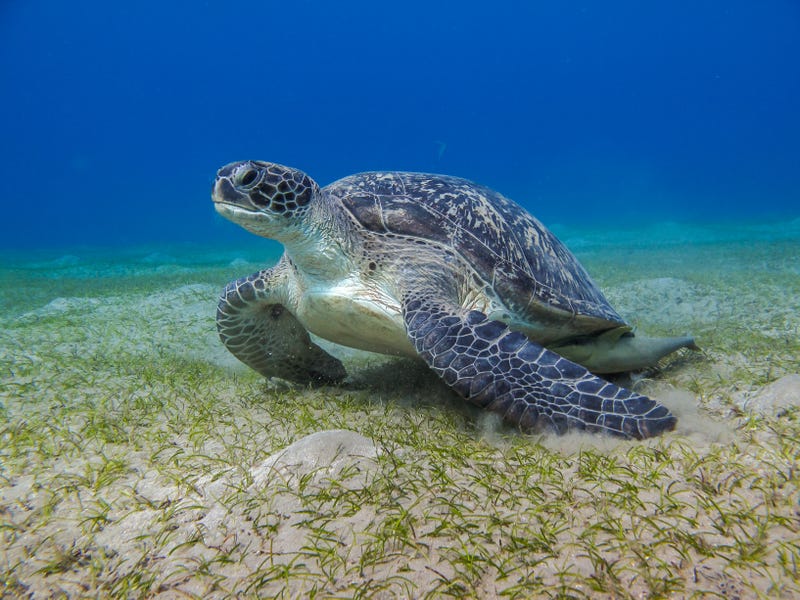 According to a release from the New England Aquarium, a 600-lb. sea turtle found itself stuck and stranded on a mudflat in Cape Cod waters on October 10.

Some concerned local animal lovers made the call to the Mass Audubon Wellfleet Bay Wildlife Sanctuary, who quickly went to work to see that the massive, five-foot-long male leatherback sea turtle was safe until it could be moved. "We wanted to keep it off the oysters and keep it from stranding somewhere we couldn't rescue it. If it got away, there was no telling where it would strand next," said Bob Prescott, director emeritus for Mass Audubon's Wellfleet Bay Wildlife Sanctuary.

One look at the turtle and they knew this was going to be a bigger job than just tossing it back into the ocean. And so, as People reported, the sanctuary called in the International Fund for Animal Welfare (IFAW) and the New England Aquarium for assistance.

On Sunday, we responded to a report of #leatherback in Wellfleet! This turtle was estimated to be around 5 feet long + 600lbs.

After a health assessment + tagging by our staff, the turtle was released into the ocean in Provincetown. 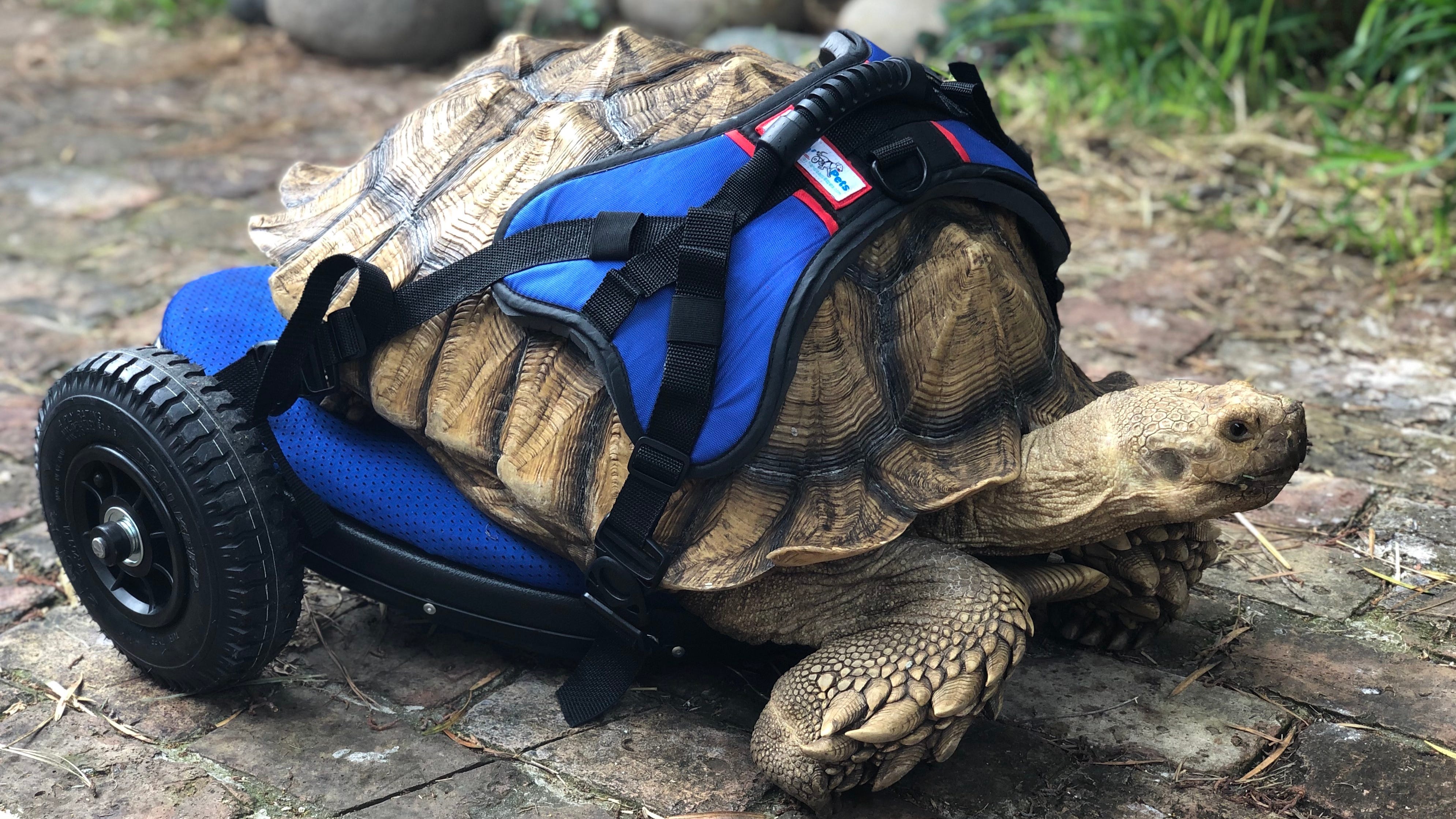 "Our agencies work side-by-side on these shores, rescuing and protecting local species, so we jumped at the chance to help with responders, equipment, and transportation," Kira Kasper, a biologist for the Marine Mammal Rescue & Research program at IFAW, said. "To safely move a stranded turtle this large, our specially designed heavy-duty transport cart, stretchers, and mats were ideal — originally designed by IFAW for moving dolphins and other small whales."

First, the huge critter had to be moved to a safer waterside location for a health assessment by experts from the Aquarium.

"Our initial evaluation indicated that the turtle was very strong and in good body condition,” said Dr. Charles Innis, the director of animal health at the Aquarium, “and this helped us to decide that it was a good candidate for release.”

Nonetheless, before being released back into the sea, the turtle was given injections of vitamins and a nonsteroidal anti-inflammatory drug. The Aquarium’s staff also placed small identification tags on the turtle too, so it can be tracked and more can be learned about migration habits. 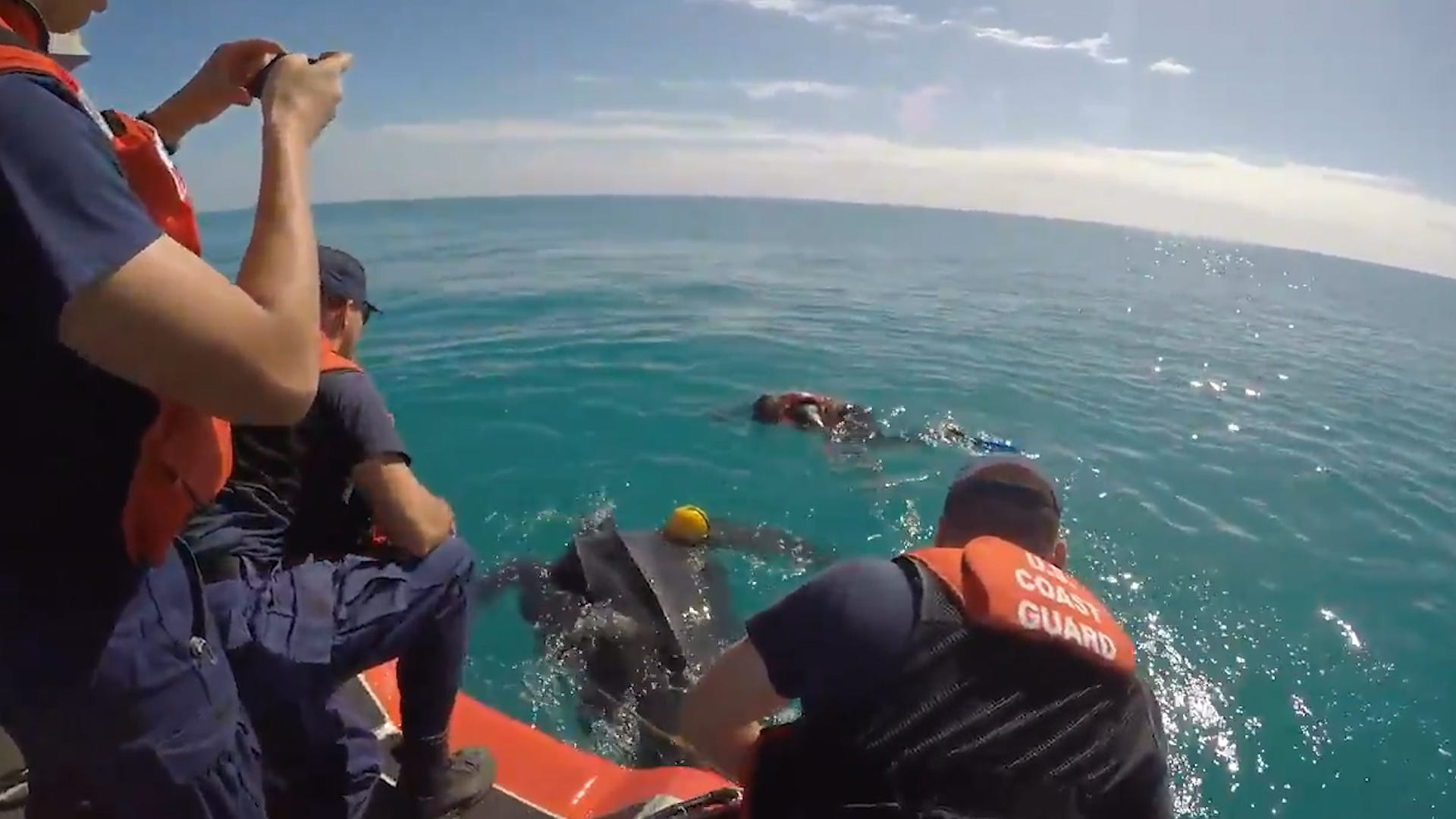 Once returned to the water, the crowd burst into applause. What could have been a disastrously sad story ended with smiles all around.

“We suspect this leatherback got disoriented in the tidal flats of Wellfleet,” said Dr. Kara Dodge, a research scientist at the aquarium's Anderson Cabot Center for Ocean Life. “And we feel optimistic that it will survive, thanks to the collective rescue efforts of this fantastic group of colleagues.”